The BEST country houses to rent at Huesca

We have an average score of 9/10! See what they think of our properties in Huesca

Hosted at Casa Leandrón II
I went with my friends to Casa Leandrón II and the rustic house is very good, it is an old cellar renovated and enlarged and I found it very beautiful, the living room is especially cozy and beautiful and the terrace has great views and it is a pleasure to be there . The only bad thing is that the Leandrón I accommodation is on top and if you are going to make noise you will surely bother. In addition, the tourist rental house is in the center of the town, very beautiful, with many slopes and it can wake up many people.
C
Charo
5/5 -2023

Hosted at Casas de Zapatierno- Casa Montinier
Great house to go as a couple. In our case we also went with our dogs, so they are pet friendly. The owner Carmen was very correct at all times and we did not miss anything during our vacation.
L
Leire
5/5 dec-2022

Hosted at Casas de Zapatierno- Casa Los Astazu
Unsurpassed atmosphere and location of this beautiful accommodation in the Sierra Huesca region, which lacks nothing to delight any rural tourism traveler. We were in the month of November and thanks to its fireplace we had a very warm stay, in addition to the comfort that you get from being in an old barn renovated and tastefully restored, maintaining the original structural features with wooden ceilings and floors. We loved the kitchen that maintains the old taste and the bedrooms with impressive panoramic views and views of Valle de Pineta and Parque de Ordesa.
L
Lourdes
5/5 dec-2022

Hosted at Casas de Zapatierno- Casas Las Tucas
What is said about this vacation rental property is true, except for the dishwasher, which is not available (at least in one of the houses), it is a very nice and quiet house, with an exceptional environment. The outdoor furniture (terrace) that is shared with all residents is a bit "fair". The owners are a few miles from the house.
J
José Manuel
5/5 dec-2022

Hosted at Casa Rural Puyuelo
My wife and my 8-month-old son have been this weekend of the 20th of January in this rural house and we have come back delighted, to repeat again and again. The place is perfect, the treatment is very attentive and pleasant, and the breakfasts are excellent! It is one of those places where you really feel that you are at home. It has been many years since we had last stayed in this accommodation and we had very good memories of our stay.
V
Victoria
5/5 nov-2022

Hosted at Apartamento Arbe
December bridge with the family (4 days) with almost 20 people including adults, children and dogs. Very spacious and cozy house to be able to meet a large group and for example be able to eat all together at the same time. You can not worry about children and it has many very beautiful and lovingly decorated areas. The best barbecue.
D
Diego
5/5 nov-2022

What to see in Huesca?

Huesca must be introduced to visitors as a modern and dynamic city that, together with its history and tradition, result in its unique and special nature. Its privileged location, between the mountains of the Pyrenees and the arid, desert of Los Monegros, have given birth to a landscape of striking contrasts, where you will be able to explore the wildest side of nature. Discover the mysteries hiding in the reserve of Ordesa and Monte Perdido, the history of Ciudadela de Jaca, and a very rich historic and cultural heritage that will give you a glimpse of the many cultures and religions that have co-existed here in the past. All of this, accompanied by the best cuisine and, of course, a great number of cultural and tourist options to round off your trip.

What curiosities are there in Huesca?

The history of Huesca begins with the Iberian people known as the Bolksan. By that time, a local currency had already been procured, with a horseman holding a spear on one side, and a bearded man on the other. Some examples of these relics have survived and are preserved.

The mountain of Monte Perdido, in the southern part of the Pyrenees and it's 3,355 metres summit, make it the highest calcareous mountain range in Europe. 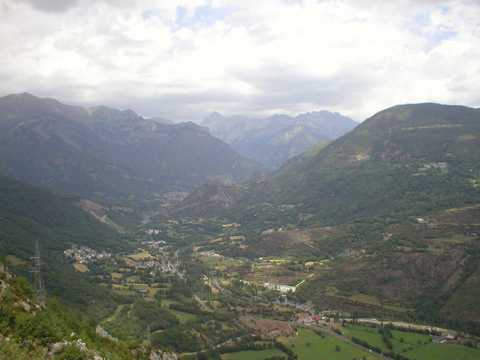 Where to stay in Huesca?

One of the oldest parts of the city of Huesca is the in the very center of it, a part which has grown as t grew its population. The quarter of San Lorenzo is one of the main attractive areas, surrounded by the old city's walls. Nowadays, this is one of Huesca's busiest parts, with plenty of restaurants and bars where you can enjoy of the city both during the day, and at night.

Amongst the towns and villages spread over the rest of the province, are the charming small town of Aínsa, considered a Historical-Artistic grouping, the town of Alquézar at the very heart of the mountains of Cañones de Guara, Montañana, a medieval town where you will find a bridge that is more than 1,000 years old, or Torla, in the valley of Ordesa. 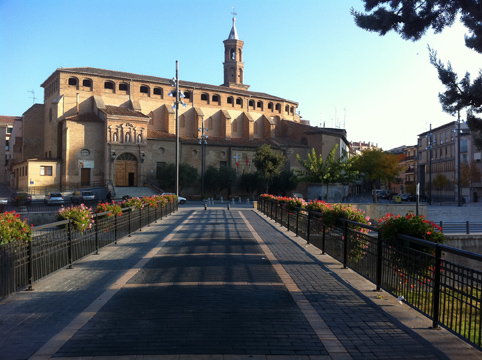 What to do in Huesca?

Even though it was the Iberian people who settled first here, Huesca has been inhabited by Romans, visigoth, and Arab communities, resulting in an extraordinary mix of cultures which have left their legacy to us in the form of some of the most relevant monuments and buildings.

Amongst the historical heritage that can be found in the capital is the cathedral of Santa María, one of Huesca's most representative monuments, but you will also find here many churches built in the baroque style, and even modernist buildings such as the Teatro Olimpia and the Palacio de Congresos. Going deeper into the inland of the province, be ready to be surprised by the Ciudadela de Jaca, an Italian-style fortress requested by the Felipe II, and the monastery of San Juan de la Peña, which was a one of the most important ones in Spain during thr Midde-Ages.

The natural landscape here is lead by the Parque nacional de Ordesa y Monteperdido, one of the highests spots of the region which is up to 700 m above sea level, by the riverside of the Bellós, and the other is the mountain of Monte Perdido, with more than 3,300m of height. You will also find in the town of Riglos, a very important rock formation known as the Mallos de Riglos, considered a monument of high natural importance. Another activity we recommend to nature-lovers is walking the gorge path of Montfalcó. 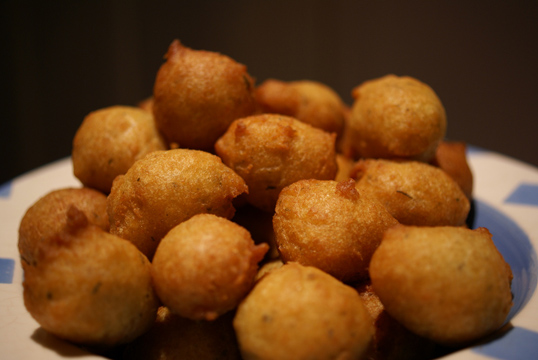 What to eat in Huesca?

One of the musts of the local gastronomy of Huesca is meat, usually chicken or lamb. Nevertheless, you won't be lacking fish either on Huesca's menu, which includes dishes such as the 'abadejo ajorriero' or 'buñuelos de bacalao', a very popular way of elaborating cod. Amongst the local vegetables we can find asparagus and escarole and, for dessert, we recommend you try delicious sweet treats such as 'leche frita' (fried, flour-thickened milk with egg) and 'castañas de mazapán' (chocolate and caramel coated chestnuts). As for drinks, the Sotomano wine is one of the most popular ones from this region, elaborated in the town of Barbastro. 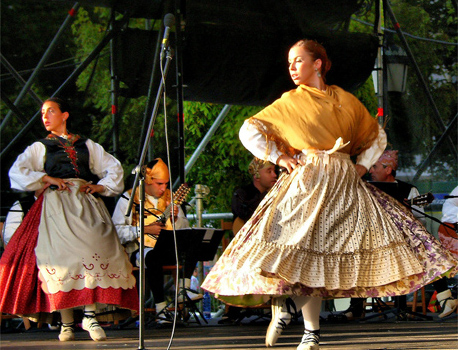 Where are the Huesca festivities?

There are two relevant dates you should write down which are very important events in the province of Huesca: the festivities honouring the patron saint of the city, San Lorenzo, celebrated between the 9th and the 15th of August, together with the minor local celebrations that take place in the 22nd of January. Amongst the activities organized for this occasion you will find bonfire feasts, with roast potatoes and long pork sausage on the menu .

As for the religious celebrations of Huesca, we suggest taking part in the celebrations takiing place during Easter, consdired of National Tourist Interest.

The 23rd of April, San Jorge, is a very special occasion in the whole of Aragon. During the day, lots of cultural, creative and recreational activities are organized for all ages, but also activities such as 'romerías' for the more religious ones.

How much does it cost to rent a rural house in Huesca?

What type of housing do travelers usually prefer to sleep in Huesca?

When are reservations made in Huesca?