99 Country houses in Andorra, Spain from 15€

A paradise home to a landscape of unquestionable beauty, this territory is trapped between the Pyrenees and the Spanish frontier with France, which offers the best tourist experience to those who come to visit this place.

One of the main attractions of this territory are the ski resorts you will find here, such as Grandvalira or Vallnord which, thanks to the ideal geographical conditions of their steep mountains, provide winter sports-lovers with the ideal setting for an extra adrenaline boost.

But there is not only winter here, since culture is also manifested in the Romanesque churches and chapels that you will find here, such as Canilla, Sant Julià de Lòria, or in the capital, Andorra la Vella, amongst others, and which will offer you the perfect combination for your next getaway of rural tourism in Andorra.

What to see in Andorra?

Seldomly do people remember that there is a tiny, charming country that lives next to us and limits with France: Andorra. One cannot talk about Andorra without mentioning the Pyrenees or winter sports, but there are many other things to see in Andorra and not only during winter, as many people are surprised by the vast artistic and cultural heritage that can be found in Andorra such as its iconic Romanesque churches. After going up to the capital, Andorra la Vella, for a visit, you will be able to explore the many inland towns of this very small country, and be seduced by the hospitality of its people, and enjoy of a gastronomy with an abundance of traditional rustic recipes.

What curiosities are there in Andorra?

According to the WHO (World Health Organization), the average life expectancy of the people from Andorra is the fifth greatest one in the whole world. Obviously, this is closely related to the calm and peaceful atmosphere, weather as well as the gastronomy that reign in this place.

Andorra is home to the oldest parliament of Europe, the Consell General, founded in 1419. 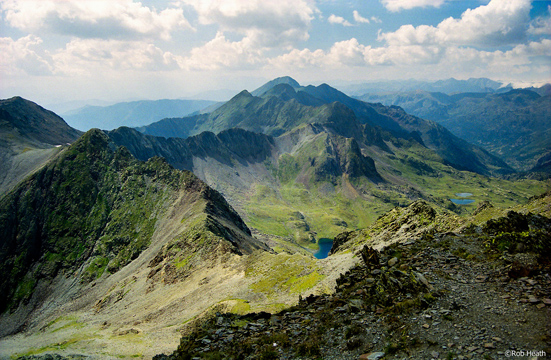 Where to stay in Andorra?

You will find in Andorra a great accommodation offer suitable to all budgets, and all over the country, allowing you to explore each hidden spot and corner of it.

You will find near the ski plenty of accommodation options, from hotels or aparthotels, to rural houses and rural apartaments. And for those who would like to be near the shopping district, all you need to know is that the majority of shops are located in the city center of Andorra la Vella, and in Escaldes-Engordany, the second largest town of Andorra. 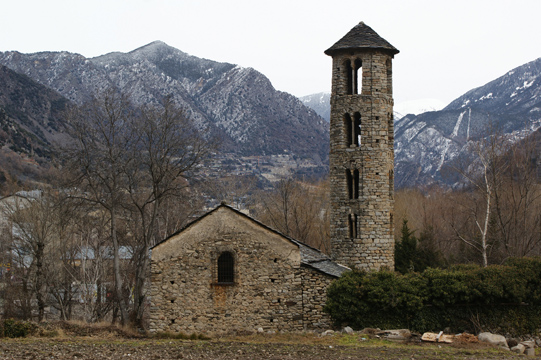 What to do in Andorra?

Nature is the main protagonist of the landscape in Andorra, with up to 90% of it consisting in greenery, lakes, and mountains over 2,000 metres high. Amongst its natural views, special mention needs to be made of the valle of Madriu-Perafita-Claror, a natural UNESCO World Heritage Site. Andorra presents itself to visitors as a natural paradise for those who enjoy doing winter sports, and ski enthusiasts, as there are more than 300 Km of ski runs in the whole region. Amongst the ski resorts that you will find here are Grandvalira and Vallnord, as well as Naturlandia. Something that most people don't know is that in the whole of Andorra there are up to 44 Romanesque churches, such as San Climent, in Pal, or Sant Romà, in Les Bons. But Andorra's charm is also extended to the non-religious architecture which is also worth a visit, such as Casa de la Vall, one of the most emblematic monuments in the country. Before you leave, don't forget to go by the Balneario de Caldea, and treat yourself to the biggest leisure and thermal complex in Europe. 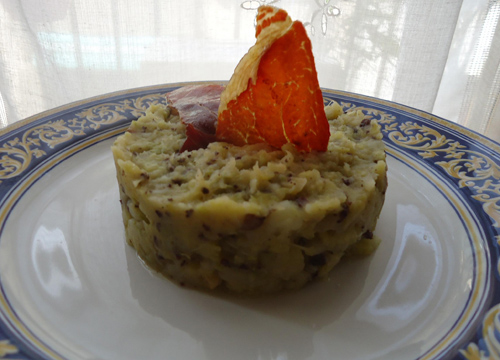 What to eat in Andorra?

The gastronomy of Andorra is closely connected to its geographical location, with many similarities with the gastronomy of Cataluña, but also with influences of French cuisine. The main protagonists of its recipes is meat, where the unique and traditional taste of the local veal and traditional dishes such as 'potro andorrano', which make this one of the best places in the Pyrenees to try the local meat.

Trouts, berries and wild mushrooms complete a the list of the most common ingredients that you will find in Andorra's recipe book. During your stay you will also be able to enjoy trying other traditional dishes such as 'trinxat de montaña', elaborated with potatoes, cabbage, garlic and bacon, or 'escudella' which is a variety of the typical stew eaten in Cataluña during winter. You will also see there is a longtime wine-making tradition, and a local wine Cim del Cel, elaborated with grapes cultivated in vineyards at more than 1,000 meters high. 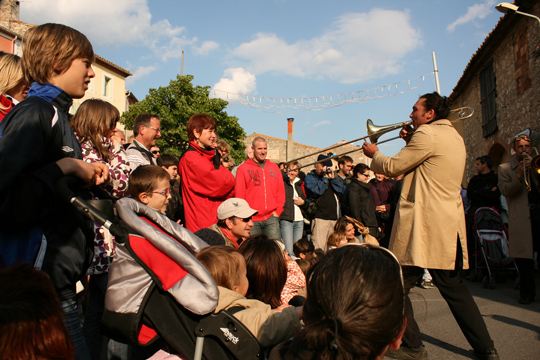 Where are the Andorra festivities?

Music festivals have recently become an important part of Andorra's cultural scene, the most popular of them being the Festival Internacional de jazz de Escaldes-Engordany, held in July.

In the capital, Andorra la Vella, you will also find many other important festivities, such as the local Festa Major, celebrated the first Sunday of August, where parades and dancing are held in the streets, or the Festa de Sant Antoni, in January 17, where pets na other animals are blessed, and later on people are gathered in the Plaza Mayor to enjoy listening to the traditional singing while eating a meal all together.

Inherited from the neighbouring region of Cataluña, April 23 is also celebrated in Andorra according to the tradition of Sant Jordi, where roses and books are exchanged.

In San Juliá de Llora you will also be able to visit and check out its gorgeous Christmas market every Sunday of December prior to Christmas Day.

We have an average score of 9/10! See what they think of our properties in Andorra