The BEST country houses to rent at Lleida

We have an average score of 9/10! See what they think of our properties in Lleida

Hosted at Casa La Torra de Llobera II
Rural complex in La Llobera very appealing to do mountain outings, especially if in our case you go with children and if it is in summer better. We rented one of the accommodations for a week in June and we really enjoyed its facilities, especially the wonderful garden with pool and trampoline and the barbecue. Inside it is also perfect, cared for down to the smallest detail. The taste of the authentic with the modernities that makes your life easier.
K
Kirstine
5/5 -2023

Hosted at Casa el Cobert del Carro
Spectacular treatment and great corral houses. Fantastic summer stay. Marta and Lluís the owners are very friendly and attentive, they have made us feel at home. Gardens with a lot of grass and barbecue with covered porch. The little ones have had a great time and the older ones too.
k
karina
5/5 dec-2022

Hosted at Casa el Cobert del Carro
We decided to rent this accommodation for 10 full days, and in the end it was short. Lladurs is a very quiet and very beautiful town. The natural and rural environment has helped us to be unconcerned about the children who have roamed freely. We have not missed anything during the days we have been, neither kitchen accessories, nor the basics of towels, sheets, cleaning, etc. We have really enjoyed the area doing visits and excursions, the surroundings of Solsones are worth knowing.
A
Aitor
5/5 nov-2022

Hosted at Apartamentos Corral
We love the area and the town of Lladurs and we found this little house online that allowed us to make an online reservation and everything went first. Our opinion is very positive, we have all returned delighted by its perfect equipment, because of how well Marta and Lluis have treated us, who are the ones who run the accommodation, but above all because of the garden and the small corral they have and in the that there are chickens, rabbits and even small goats.
L
Lucrezia
5/5 nov-2022

Welcome to Cataluña's inland province, with a landscape and environment which are the best for adventure activities and holidays, thanks to the Pirineos Catalanes. It is precisely here that we can find the National reserve of Aigüestortes, a great natural land extension where winter sports-lovers will be very lucky to enjoy of the views of completely steep, white summits which stand up, dominating the whole landscape.

But it's not only the mountains that should catch your eye, since its historical and artistic heritage does not fall short either.

An example of both things can be found in Montseny and Solsona, apart from many other towns and villages that are also worth a visit. The first one, because it is home to a Protected Biosphere and for its impenetrable and colourful landscape, whereas in the latter you will find many buildings and monuments which are great examples of Romanesque and Gothic architecture.

Another must is its gastronomy, which has several PDO protected products that are an essential part of the Mediterranean diet, such as pears, cheese, or olive oil, and which also make the local gastronomy a delicious feast of many different colours and flavours.

If you come for rural tourism in Lleida, you will be able to add to the peace and quiet you will find here, many different and unique activities, such as a travelling in a steam locomotive.

What to see in Lleida?

Lleida awaits, a city renowned amongst nature and adventure lovers thanks to its location, enclosed by the Valle de Arán and the Pyrenees mountains, and thanks to many other geographical features that make this a great destination to enjoy doing active tourism any time of the year. To the beauty of its natural landscapes, you also need to add a great artistic and historical heritage, amongst which you will find some relevant monuments such as several churches built in the Romanesque style in the Valle del Bohí, and many small towns where some of the oldest traditions have survived after many generations. A perfect combination for your holidays, that can only be improved with the delicious gastronomical variety that you will also find here.

What curiosities are there in Lleida?

The Valle de Arán is home since the 11th century to a unique language: Aranese, which originated in the Occitan language.

The views in Bellver de Cerdanya were the inspiration for the Spanish writer and poet Gustavo Adolfo Bécquer, to write one of his most popular tales: “La Cruz del Diablo”. 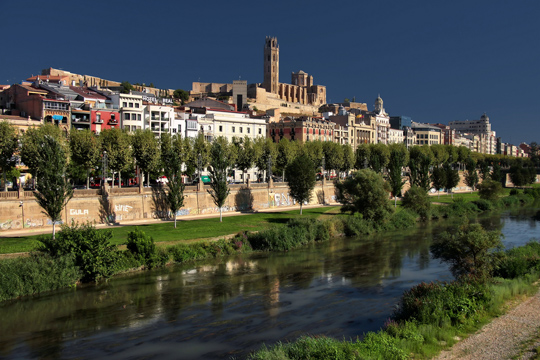 Where to stay in Lleida?

The oldest part of the city of Lleida is found in the historical centre where apart from being close to the main important monuments of the city, you will be able to track the 4 Km that make up the Eje Comercial de Lleida, one of the largest shopping streets in Europe. For those who prefer going somewhere quieter, you can stay in the Pardiñas quartier, where you will find the Parque de la Mitjana, or in Ciudad Jardín, in the outskirts of the city.

Here in Lleida you will find many locations that will grant you a peaceful and quiet atmosphere: the historical centre in Guimerá from the Middle-Ages, the spectacular natural views of Boí or Tahull, or the wonders of Vielha, are some of the towns and villages that seem to be stuck in time, and therefore we recommend for you to visit. 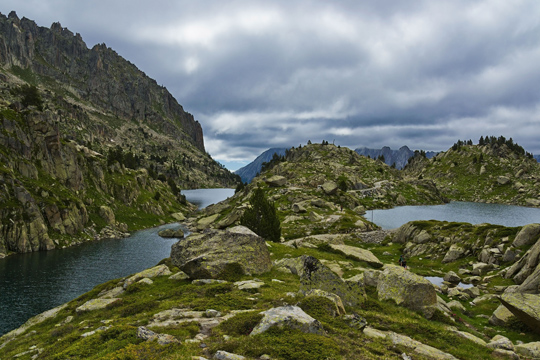 What to do in Lleida?

The Pyrenees are a place which needs to introduction. But if you would like some advice on what to visit here, you must write down in your list a visit the natural reserve in Aigüestortes, and one to Lago de Mauricio, the only lake of this size in the whole of Cataluña.

The views in Valle del Bohí are also some of the most spectacular ones from our list of recommendations, but apart from the scenery you will also find here up to 9 churches built in the Romanesque style which have been declared UNESCO world heritage sites. The churches of San Clemente, Santa María in Tahull, the church of Natividad in Durro, or the one of San Félix in Barruera, are some of them.

Special mention needs to be made of the capital, where you will also find very romantic spots to walk by, such ad in Parque de Mitjana, the biggest one in the city, or visit the cathedral of la Seu Vella, a truly unique exponent of the Romanesque and Gothic style, or take a picture together next to the templar castle in Gardeny. 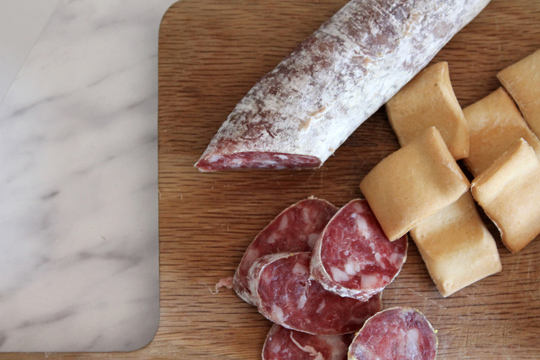 What to eat in Lleida?

The gastronomy in Lleida is a homage to the land and the fields, and to good eating. Abundant yet simple in essence, amongst the most traditional dishes you will find escargots, which here are widely appreciated, so much so, that there's even a celebration on their honour known as the Aplec del Cargol. If you fancy a snack later, there's nothing like having some bread with 'fuet' one of the most typical cold meat delicacies in this region. The 'cassonada' is also a must, a warm and very filling stew eaten during the coldest months. To finish your meal, you can do so by having some 'crepes' in the local way of elaborating them. 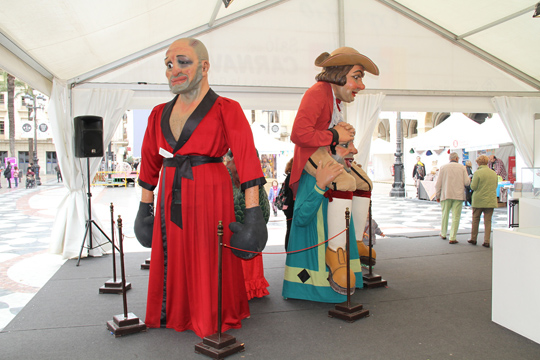 Where are the Lleida festivities?

If you fancy yourselves cinema lovers and are in the city of Lleida, you can attend not one but two festivals dedicated to the art of filmmaking: the Muestra Internacional de Cine de Animación, showcasing animation films and held at the end of February, and the Muestra de Cine Latinoamericano de Cataluña, in April, which does the same for Latin American cinema.

You will also find in this province several celebrations considered of National Tourist Interest: in the Carnavales de Solsona you will be able to dance and join 'charangas', and other street groups, the Pasión de Cervera is a must to any theatre lover, and the Rali de la Noguera is another must for those who love kayak or would like to give it a go.

How much does it cost to rent a rural house in Lleida?

What type of housing do travelers usually prefer to sleep in Lleida?

When are reservations made in Lleida?