The BEST country houses to rent at Ciudad Real

We have an average score of 9/10! See what they think of our properties in Ciudad Real

Hosted at Casa de Pacas - Casa Sancho
In a place in La Mancha called Accommodation of Pacas we find this charming La Mancha tourist home, where we live unforgettable days of the Almagro theater festival. The luxury pool. The attention of its owners Paqui and Ramón, friendly, delicious and exquisite. A place worth returning.
A
Anne
5/5 -2023

Hosted at Casa de Pacas - Casa Quijote
We have been 4 couples of friends with 8 children one weekend in June and we have had a great time, the weather has accompanied us to enjoy the pool. The facilities of the house are great, it does not lack detail. To improve only the individual bathroom in the two small rooms. The attention of the owners very good. It is worth visiting Almagro only 2 km away.
C
Costel
5/5 dec-2022

Hosted at Casa Rural Luciano
This past December, several friends, 6 couples, stayed at Casa Rural Luciano. We occupy it in its entirety for 4 nights. All a success. All the advantages of having the holiday home just for us but without having to take care of anything, everything solved: cleaning, breakfasts, tourist information, and if we add the restaurant and the bar you can't ask for more, Its excellent location, we were able to visit the Tables of Daimiel, Almagro, Consuegra, etc.
R
Ramón
5/5 dec-2022

Hosted at El Mirador de Cabañeros
I have been at this campsite for a week in June and I have had a great time. My daughter was delighted and we were much better. The fantastic facilities, the beautiful town, has everything to shop, go out, party, excursions and is small but cozy. The best food impossible and very well priced, my thanks to the cooks of the camping restaurant and the same service. I recommend it.
M
María Carmen
5/5 nov-2022

Hosted at El Mirador de Cabañeros
We have been there from Thursday night until Monday and we have had a great time. The very nice campsite is an ideal place to rest and enjoy nature. The people at the campsite are very nice and friendly. Good food in the bar and good service. The very cozy and clean little houses with very good views of Horcajo de la Sierra and Ana from a very pleasant and willing reception. We hope that my husband, my children and I will be able to return soon because Easter has been very slow.
G
Guy
5/5 nov-2022

The beautiful plain of La Mancha will allow us to visit the province of Ciudad Real. You will find in its surroundings beautiful towns where you will be able to get some rest and try local products such as Manchego wine. This is the case of Tomelloso, Campo de Criptana and Valdepeñas.

You will be able to hike near its famous windmills, or visit the capital of the province to enjoy of its monuments such as the cathedral. And for the nature lovers, we recommend you visit its national parks, such as the Tablas de Daimiel wetland, or the national park of Cabañeros in the northwest.

Special mention needs to be made of the National Park of Lagunas de Ruidera, an aquatic paradise in the middle of the Manchegan plain, with plenty of reservoirs, rivers and waterfalls. Come for rural tourism in Ciudad Real, a unique destination. Don't lose another second and come stay in one of the options that we recommend you for your stay.

What to see in Ciudad Real?

Let us introduce you to Ciudad Real, a province full of possibilities for rural tourism, as well as cultural, allowing visitors enjoy of one of the best offers for their holidays.

It is located in the middle of the country and is part of the region of Castile-la Mancha, close to the provinces of Albacete, Toledo and Cuenca, and Córdoba and Jaén on the south.

One of Spain's richest regions for its agriculture, it has a great number of protected natural areas, national parks and some of the most impressive rivers of the country's hydrography.

There are also many locations of historical and artistic interest to discover in this area, including castles that have witnessed the region's long history of war conflicts. Definitely a place worth visiting.

Finally, do not forget to try the local gastronomy, one of La Mancha's main attractions for tourism. What could be better than visiting the birthplace of 17th century Spanish Golden Age theatre?

What curiosities are there in Ciudad Real?

You find yourself in a province surrounded by mountains, bordering on the North with the mountains of Toledo, and on the South with Sierra Morena. This is why this region offers so many possibilities for all kinds of tourism.

Nevertheless, we must tell you that the weather forecast will be very different depending on the time of the year that you are visiting with its dry, cold winters and very hot summers.

One of the things that make this region so special, is being the setting of the literary adventures of Spain's most famous knight, Don Quixote, the pride of Castile-la Mancha together with its windmills, and places of national interest such as the Tablas de Daimiel wetland, or the Lagunas de Ruidera, two of the region's national parks together with that of Cabañeros.

If you come to Castile-La Mancha, don't forget to try its wine, with PDO status, and very highly regarded by the most expert wine tasters. 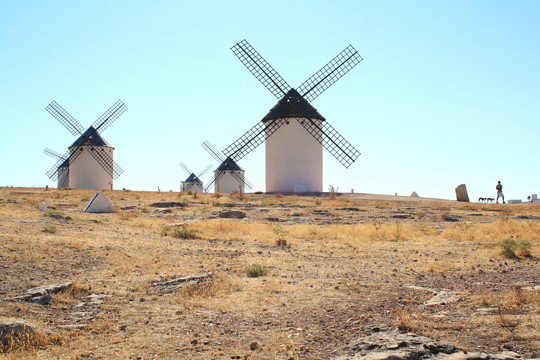 Where to stay in Ciudad Real?

There are many options for you to enjoy your holidays in Ciudad Real, as it has a great number or charming towns and villages to visit.

One of the most famous of them, and which is connected with the so famous Don Quixote, is Campo de Criptana, a town known for the windmills that decorate its surroundings.

Another town where you'll be able to make your stay, thought to be the ?village of La Mancha? which opens Cervantes's novel, is Villanueva de los Infantes. Its impressive collection of historical buildings makes it one of the most beautiful and unique places in the whole region. If you stay here, don't forget to check out the coates of arms that decorate many of the houses in this town.

The town of Almagro is another destination that you'll love. It is in fact, one of the most popular destinations since this is one of the few places where you can visit a Corral de Comedias, a traditional courtyard-like building where Spanish 17th century theatre was staged. It is considered to be a preserved, national and historical complex, so if you're interested in making your stay here we recommend you book ahead because this destination is in high demand. 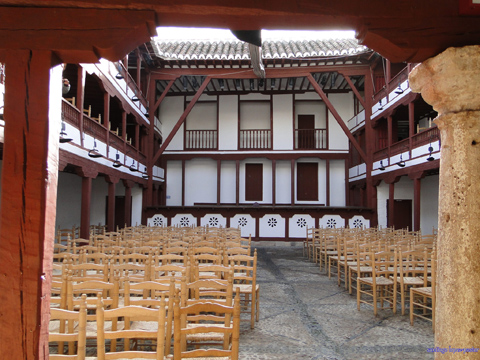 What to do in Ciudad Real?

If you're visiting Ciudad Real, you can't miss out taking a chance to walk around the area of Daimiel, where the National Park of Las Tablas de Daimiel is found: an impressive place for its natural interest and value, so important that is now considered a Protected Biosphere.

Another hiking route in the area that we recommend you is that of the Natural Park of Lagunas de Ruidera, which is where one of the most impressive wetlands of the Iberian Peninsula is found. We recommend you check out both of them, if you can.

Amongst the landmarks of artistic heritage, we recommend you visit the Corral de Comedias from the 17th century, and where the Spanish International Festival of Classical Theatre is held every year.

Further, the mining complex of Almadén is part of the Unesco since it has the biggest mercury mines of the world, considered now a UNESCO World Heritage site, and that have been open since the ancient, Roman times.

The Castle of Calatrava la Nueva, the Plaza Mayor, or Puerta de Toledo are also musts to visit if you visit the city.

If you want to check out of a trip to Lagunas de Ruidera, we can give you some ideas. 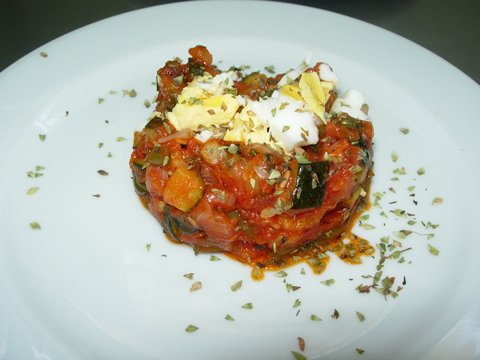 What to eat in Ciudad Real?

Ciudad Real's gastronomy is one of the most extended through all the Iberian Península. We must tell you, as it is the case in the kitchens of all Spanish provinces, that where you are determines what you'll eat, and this is a clear example of this.

Although the influence of manchegan traditional coking is present in it, the gastronomy of this region is also influenced by andalusian cuisine, resulting in traditional dishes that present a striking contrast.

Aubergines are amongst their famous local prducts, very famous in Almadén, and here filled with red pepper.

Manchegan ?pisto? (fried vegetable hash) is a favourite dish, and one that you'll see many times in this region. And so are ?migas? (fried breadcrumbs), another traditional dish that was usually eaten by shepherds and land workers so that they wouldn't need to eat more through the day.

To wrap it up, we must mention the importance of wine-making tradition in this area, with up to 30% of its land devoted to wine-making purposes, and Valdepeñas PDO status. 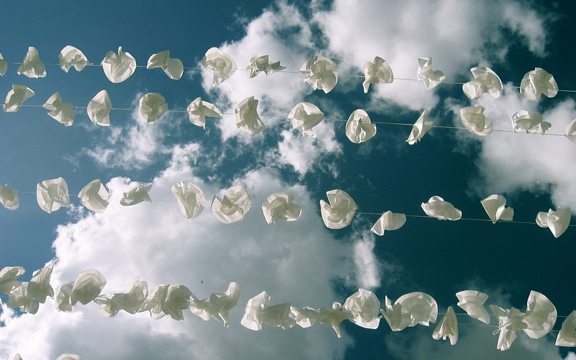 Where are the Ciudad Real festivities?

As for celebrations that are traditional from this province, we must admit that they are very varied and the dates well-spread throughout the year, making this area a great one to visit any time of the year.

To begin with, the carnivals are the first event of the year celebrated, and here it is also one of Regional Tourist Interest, so don't be shy and enjoy the lively atmosphere and colourful procession of costumes of these dates.

Our next stop, and also one considered of National Tourist Inerest is at Easter, when up to 24 associations are gathered for the religious processions that will walk the streets of the city.

The ?fiestas? of Pandorga are celebrated in July, when you will be able to enjoy the offerings to the Virgin of el Prado, patroness of the city, and several days during August are dedicated to her, from the 14th to the 22nd , the 15th being when the most important celebrations are held for the ?Día Grande de la Ciudad?.

A you can see, if you come to Ciudad Real your calendar will never be blank with such a selection of events being celebrated during the year, so that you can enjoy of the true essence of this region.

How much does it cost to rent a rural house in Ciudad Real?

What type of housing do travelers usually prefer to sleep in Ciudad Real?

When are reservations made in Ciudad Real?