The BEST country houses to rent at Valladolid

We have an average score of 9/10! See what they think of our properties in Valladolid

Hosted at El Encuentro
This weekend we were in this rural getaway house and the truth is that it is charming in every way. Anna, our host, very kind and willing. The vacation home full of details. The rehabilitation of the old farmhouse is done with very good taste. It has been beautiful and super cozy. The breakfast is very rich and abundant. We selected it from a lot of accommodations in a gift box and included a relaxation session as a couple.
J
Juan
5/5 dec-2022

Hosted at El Encuentro
My partner and I were on the Todos los Santos bridge. As soon as we arrived, Anna greeted us and we felt at home. The room is beautiful, small and cozy. It does not lack detail, even wifi to be able to connect to the internet. The rooms are beautiful and with everything you need. The homemade and very rich breakfast, we turned purple !! Of course, highly recommended because Villalón de Campos is also a very central place to move to Valladolid capital, Ampudia or Palencia.
M
Maria
5/5 dec-2022

Hosted at El Camino
I have been the last weekend of the year in the rural house and very well. The tourist rental housing is great and well worth it. The accommodation is rather for 6 people since the bed in the single room is large. So I recommend this home to all people who want to have a good weekend at any time of the year.
M
Mayka
5/5 nov-2022

Hosted at El Camino
A beautiful house to rent between 4/5 people. We have been to Easter and we have had a great time. Too bad it was quite cool and we could hardly use the patio, in good weather it has to be great, having a barbecue. The owner has been very attentive. The only minor inconvenience is that opposite is the disco-bar of the town and if you are a very light sleeper, like me, you can hear the thump-thump; my wife and children didn't even know about it.
E
Elvira
5/5 nov-2022

Located in the northeast of the Iberian Peninsula and part of the region of Castilla y León, this is the only province that is surrounded only by provinces of the same autonomous community, a geographical disposition which is the reason it has been historically a strategical and defensive point, as well as being directly connected to the capital, Madrid, and the rest of Spain.

The province of Valladolid is filled with castles and fortresses of great beauty that are definitely worth a visit, and it is also a region the gastronomy of which is dominated by the 'lechazo' or young lamb, accompanied by a Ruedo or Ribera del Duero wine, which are admired worldwide.

This is a land of wine, of fields and of culture, all of which we will help you discover thanks to the great variety of accommodation that will help you enjoy of the Pisuerga, and do rural tourism in Valladolid, a majestic city in which art is manifested in the shape of is churches, cathedrals and castles. To learn more about the latter, there is a specific route that will take deep into the Middle-Ages, and feel like a true king or queen. Some examples of this are the castles of Peñafiel or La Mota, near Medina del Campo.

The historical centers of Tordesillas, Olmedo, Urueña or Medina de Rioseco, amongst others, perfectly combine the different artistic and cultural influences this region has received through history. Add a fine glass of Ribera del Duero to it will be the icing on the cake of your trip.

What to see in Valladolid?

This historical city in the northeast of the peninsula. Cut across by the waters of the river Duero, you will find in the narrow streets of this city plenty of hidden spots to hide and discover the most impressive and beautiful monuments, built during the Middle Ages, when the economic activity and culture of this city was on the rise.

The Camino de Santiago de Madrid and the Huellas de Santa Teresa go across this region, guiding you to some of the most beautiful natural areas of Valladolid, since this is a place where you can enjoy, during summer, of temperatures of an average of 22ºC, which will help you escape from the hot weather whenever you need it.

By the streets of this city have walked people like Christopher Columbus, who also died in here, or the Spanish writer Miguel de Cervantes who finished writing the most famous Spanish novel: “Don Quijote de La Mancha” here.

What curiosities are there in Valladolid?

King Philip II made this city Spain's capital during the first half of the 17th century. Here have stayed some of the most important figures in the history of Spain, which have given this city some very interesting relics which you will be fascinated by.

There used to be in this city up to 50 establishments where the most relevant literary figures of the time met, in the Plaza de la Fuente Dorada and nearby streets.

One of the main bridges that cross the river Duero is known as the Puente Colgante although, because of budgets cuts, was not possible.

Rios de Luz was the project that earned Valladolid the label of being the best lit city of the whole world. 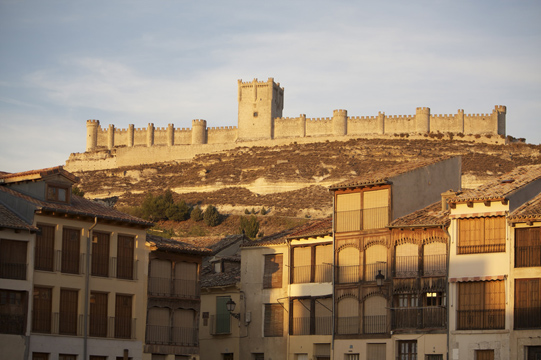 Where to stay in Valladolid?

The capital of the province is located at the very center of the province, which means that if you want to stay in it, you will have access to some of the best sights and monuments of it. If, on the contrary, you would prefer to stay in a charming small town or village, there is also plenty of them in Valladolid.

Maybe one of the most popular of them is Peñafiel, where you will find one of the 30 castles scattered all around it. Dating from the Middle-Ages is the town of Urueña, in the natural area of Tierra de Campos, with some of the most impressive views that you can walk until you reach the city walls. On the other hand, in Medina del Campo you will find the Castillo de la Mota, built in the 15th century, and where the queen Isabella I of Castilla died.

Finally, Tierra de Pinares at the south of the province, is a place where you will find many hotels and rural houses to stay. You will also have next to you a Mudejar theme park where you will find replicas of the most important buildings and monuments built in this style. 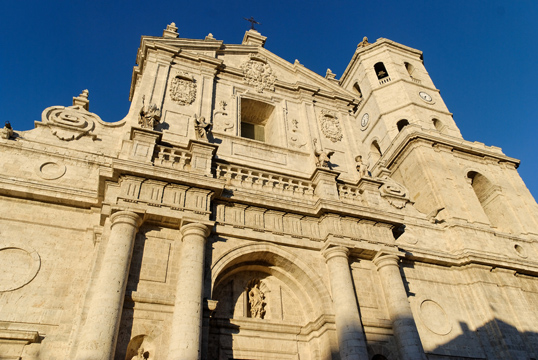 What to do in Valladolid?

A land of castles and battles, a former capital of Spain and one of the most populated regions of Spain, this province has many hidden spots where you can get lost in. The river Pisuerga embraces the whole territory leaving a beach behind behind it, even though it is an inland province. This is known as the Playa de las Moreras, and it started being a small bathing area that nowadays has all kinds of facilities that will make you enjoy spending a whole day in it.

Up to 11 bridges and 2 footbridges will allow you to cross the river and be greeted by the other interesting views on the other side of it, such as the Museo de Valladolid, which will tell you about the history of the city, or the first Spanish fluvial museum, the Casa del Río. The Puente Mayor will take you to the old Jewish quarter, and not far from it you will find the Plaza Mayor, which has been the referent to many other Spanish cities, the church of San Pablo, built in the Gothic style, and Palacio Real, inhabited by many monarchs as well as by Napoleon Bonaparte. 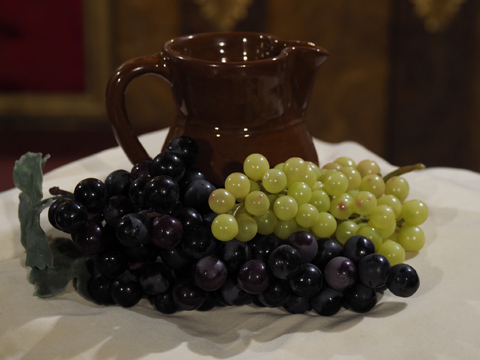 What to eat in Valladolid?

Valladolid is a land of wine, as you will find here 5 PDO status varieties of wine. Ethnotourism is one of the main attractions of this region, where you will be able to taste in the local menus, amongst which you will also find typical dishes such as 'asado de lechazo', prepared in the traditional style of Castilla, in an wood-fired oven. Rabbit or pickled partridges are also very popular traditional dishes. But wine is not the only thing that will accompany your meals, as you will also find a great variety of breads, like the 'lechuguino' variety, decorating it. You can eat it with some local, strong-flavoured cheese.

The convents you will find in this area the place to go if you would like to bring home a souvenir from this region, like the delicious 'bizcochos the Santa Clara', or sugared almonds. 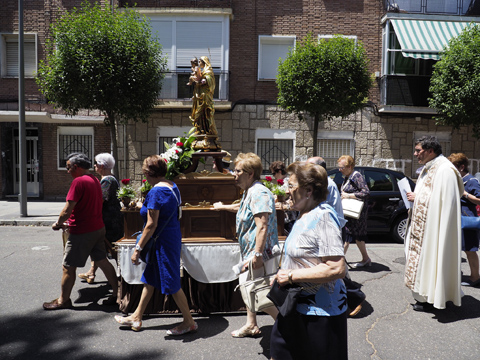 Where are the Valladolid festivities?

There are many special occasions celebrate here during the whole year. Already in January, this province holds the biggest motorcycle concentration in Europe, which is followed by Easter week, an occasion where more than 33 religious processions are held along the city during these days.

Even though April 23 is the International Book Day, this capital is home to the Feria del Libro during May and June, filling it with small book stalls. The Semana del Renacimiento is also held in May, a festival that will take you back to the Renaissance. You will also be able to walk along the streets while watching a play of Spanish writer Miguel Delibes being performed: “La Ruta del Hereje”.

If you enjoy listening to music and spring, don't miss out on Valladolid Latino, a festival devoted to the most famous Spanish singers, and of rhythm of music in the outdoors during the Noches de San Benito, in summer.

How much does it cost to rent a rural house in Valladolid?

What type of housing do travelers usually prefer to sleep in Valladolid?

When are reservations made in Valladolid?