The BEST country houses to rent at Segovia

We have an average score of 10/10! See what they think of our properties in Segovia

Hosted at Casa Rural La Fuente
Without a doubt, the house meets all expectations. It is a highly recommended house for, as in our case, meeting a group of friends. It has a fantastic equipment, spacious and comfortable. It is a rustic house that invites you to live it, without a doubt. I hope Isabel continues in that line of detail and professionalism. It is always appreciated. I encourage anyone who wants to discover the surroundings of this accommodation, to discover at the same time this area that will make your stay more specific if possible.
G
Germán
5/5 dec-2022

Hosted at Majada de Sigueruelo
We spent the last weekend of November with friends and the house is very good. We do not miss anything. We were 6 friends so we used the 6 single beds that are normal beds of 90 where you sleep well. The two bathrooms are correct, the boiler pulls well for 2 showers at the same time. The kitchen has all the necessary gadgets to cook anything. The table in the dining room can accommodate 6/8 people, so there is no problem for everyone to eat together.
E
Edgar
5/5 nov-2022

Hosted at La Tejera de Fausto
We also celebrated our wedding there and we can only be grateful to Vicente and his team. Everything went as planned and we enjoyed our day to the fullest. From the first moment the attention was unbeatable and so it continues until the last minute. Everything was comforts and facilities. Wonderful environment, exquisite food and fabulous treatment on such an important day.
S
Sarai
5/5 nov-2022

One of the most popular provinces thanks to its unquestionable natural value and historical heritage, a true luxury for everyone who decides to visit this coveted destination. We are talking about one of the most popular provinces of Castilla y León, a place of long, cold and dry winters that will welcome you to a lovely stay by the fireplace, trying the most delicious meals, such as the roast suckling pig, the star dish of this region.

If we decide to do rural tourism in Segovia, before coming to see its spectacular aqueduct, we should stop by at the Complejo de San Ildefonso, built by the royal family of Bourbon, where you will find art everywhere, and its palace and the gardens of king Philip V will take you back to a time of ancient splendour, and make you feel like true royalty.

An area where you will find plenty of buildings built in the Gothic style including one of the capital's landmarks, is the cathedral, of such a beautiful sight that it won't it forget easily. You will also find here the Alcázar, one of the unquestionable protagonists captured by everyone who comes to this city.

But there is much more to discover still. In Riaza and Ayllón you will travel back to the majestic medieval times, manifested in each of the monuments of their historical centres.

Las Hoces del Duratón and of Riaza are two natural reserves that you will be able to walk around their greenery and enjoy of impressive landscapes this area can offer.

What to see in Segovia?

Segovia is a charming province with some of the most relevant historical monuments. Travelling to this province will allow you to learn in depth about its culture and surprise you, always, with some of its lesser known corners. It is located at the centre of Spain, in Castilla y León concretely, and you will find more than 200 municipalities in its area.

One of the main economic activities of this area is tourism, which is slowly increasing in this region, due the great amount cultural and gastronomic attractions, that hook both tourists and visitors. The local gastronomy is also one of the highlights of this region because, who hasn't tried the local roast dishes here? You will see there are many reasons to do so.

What curiosities are there in Segovia?

A lesser know fact about Segovia, is that it has been the set of several films because of its strong, unique character and atmosphere, which can easily remind us of the Middle Ages, and the historical and monumental heritage that is nowadays in almost perfect conditions.

It is no wonder that hundreds of tourists come here every year to see for themselves the many things this province can offer, and take pictures in each of the most iconic sights in the city, such as an aqueduct from Roman times.

This city is also part of the UNESCO world heritage sites in its entirety, which means that this city has been of great relevance throughout history, apart from having many important monuments worth a visit both in the capital, and on the outskirts. 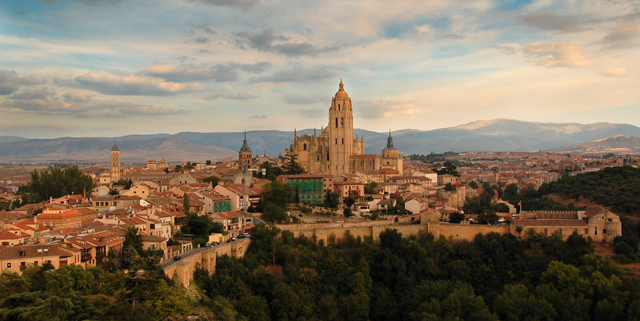 Where to stay in Segovia?

If you would like to enjoy of a very complete experience, we recommend you stay for a few days in this region, so that you will have plenty of time to explore the capital and surroundings of it, which means booking an accommodation is your next step.

You need to take into account that this is one of the most visited provinces during the whole year, and accommodation demand here is very high both in summer and winter, especially in the centre. This is the reason why rural tourism here opens its doors to visitors to anyone who would like discover what magical places can be found further away from the city

Some of the most beautiful towns and villages where you can stay are Sotosalbos, right under the mountains of Guadarrama. This is a village that has appeared in some of the most important texts of Spanish literature, such as the “Libro del Buen Amor”. Another one is Turégano, and the impressive castle up there, Pedraza, which we recommend visiting during the Noche de las Velas, or Riaza, Ayllón and Sepúlveda, are some other examples of some of te best locations to enjoy doing turismo in this area. 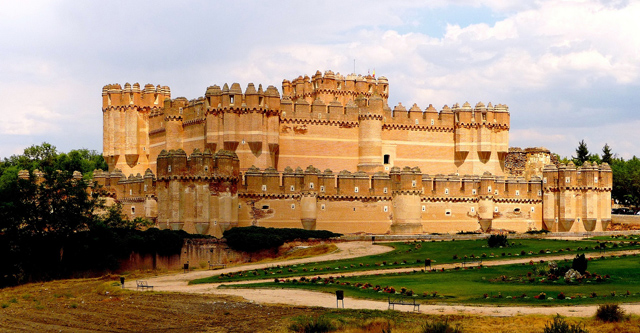 What to do in Segovia?

There are many things to do in Segovia fit for all needs, tastes and colours, and many options to enjoy of its tradition and culture.

You can find in the capital the iconic and very photogenic views of the aqueduct, as well as the chance to visit the historical center, both of them part of Segovia's UNESCO world heritage.

Segovia's Alcázar and city walls, dating from the Middle-Ages, and Santa Maria cathedral, are some other visits you mustn't miss. For those who would like to escape from the city, we recommend doing a tour through the main castles of this area, such as the ones in Coca, Pedraza or Turégano. Also, another visit we recommend is checking out the 'pueblos rojos' and 'pueblos negros' that can be found in this region, which have some of the best views.

Some of the must visits of this province are the Reales Sitios, which belong to the palace complex of La Granja de San Ildefonso, and Castillo de Riofrío, a spectacular example of the local architecture.

For the most adventurous ones, even those coming with their families, there are many options for fun day trips such as Boca del Asno, in the mountains of Navacerrada, fully equipped with picnic facilities and other options to grab a bite in the midst of nature. The views in the Hoces del Duratón are also spectacular, and planning a hiking day trip here is a plan that we are sur you will love. 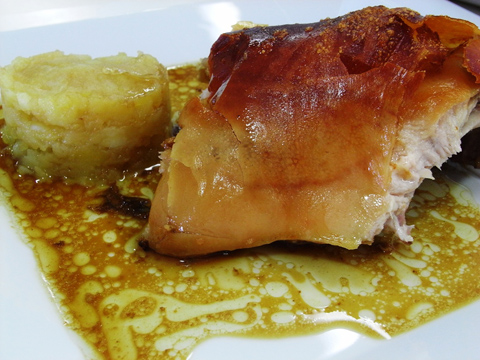 What to eat in Segovia?

Eating in Segovia is a whole gastronomical experience. The local cuisine is known everywhere in the peninsula, and has many different variations, that are a delight for visitors.

Amongst the local recipes we can find many traditional dishes from the region of Castilla, as well as some more chunky others that have been influenced by the lifestyle and products from the mountains.

One of the pillars of the gastronomy here are agriculture and livestock, which later manifested in the traditional dishes, because if there's something famous to eat in Segovia is the local meat.

And it is of such excellent quality, that is has its own label that certifies it so.

The livestock bred in areas such as Prádena or Villacastín, as well as in Riaza, is then the same used in the local roast dishes such as the 'cochinillo asado', or also used for the traditional slaughtering , which then provides with delicious raw meats such as the famous 'chorizo de Cantimpalos'.

To put an end to such a flavourful meal, Segovia's is also famous for its traditional sweets, such as 'mantecados', and ' ponche segoviano'. 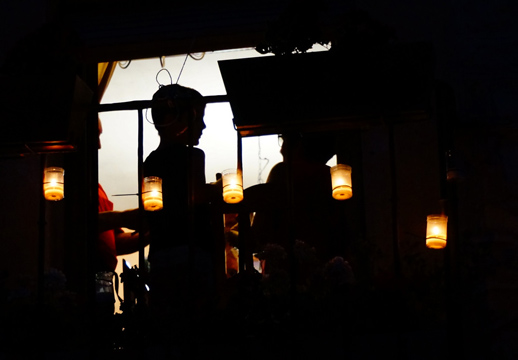 Where are the Segovia festivities?

If there is a good way to learn and discover a region as much as possible, that is engaging in the local festivities. Each month of the year there is a party in somewhere in Segovia.

From January 20, the festive season starts in Villaverde de Íscar with the celebrations held honouring its patron saint, San Sebastián.

From the 5th until the 9th of February, the festivities of Santa Águeda are celebrated in Zamarramala, where you see traditional dances and music performed mainly by women, and that is finished with a public dinner held in the town's main square, with 'chorizo' as the main course.

Another festivity that has become popular all over the region is the Noche de las Velas de Pedraza, a special night where the town is filled with small candles that illuminate the streets for everyone, and is celebrated the first and second Saturday, during the month and July.

To wrap these celebrations up, during the month of August, many places celebrate a local festivity honouring Nuestra Señora de la Asunción.

How much does it cost to rent a rural house in Segovia?

What type of housing do travelers usually prefer to sleep in Segovia?

When are reservations made in Segovia?