The BEST country houses to rent at Valencia

We have an average score of 9/10! See what they think of our properties in Valencia

Hosted at Molino Galán
The site is beautiful and very quiet. The river that runs next to it is very relaxing and walking around the farm we loved it. It is an ideal place to forget the madding crowd. The only problem was the last 400 meters before reaching the mill, since it is not paved and we were riding a motorcycle. But once you arrive you don't care anymore.
N
Naomi
5/5 dec-2022

Hosted at Molino Galán
We have lived together 32 colleagues in this beautiful place for 3 days. The long hours of daily meetings in the common room left me a bit crushed, but just taking a stroll around the surroundings cleared all the stress and fatigue. I did not know that there were still places like this so close to a big city. What walks we have taken!
M
Mª Carmen
5/5 dec-2022

Hosted at Molino Galán
The stay has been fabulous during the constitution bridge. We all had a great time, the facilities are wonderful designed by and for the enjoyment and disconnection of the traveler and the very pleasant treatment. Before we left we were already thinking of going back.
P
Pascal
5/5 dec-2022

Hosted at Aras Rural
We booked a room at the rural lodge for Valentine's weekend. The site is beautiful, it is located in a small but charming town. The rooms are very well decorated and the heating works properly, enough to sleep without covering yourself. Dinner was absolutely delicious and the service was very attentive. We had a great time and we plan to repeat again to do some of the many activities that the lodging offers.
I
Isis
5/5 nov-2022

Hosted at Aras Rural
Thought and done, we decided to go on a long weekend the previous Sunday, that is, last minute online reservation, 5 days before, and Aras was our salvation. It took us a little while to get there, because the roads aren't the best either, but it's worth it. It was an unforgettable weekend, really, we rested a lot, there was a lot of tranquility there in the mountains, the accommodation is beautiful, and the meals are very delicious.
G
Giacomo
5/5 nov-2022

This is a province located at the very center of the Comunitat Valenciana, in the east coast of the Iberian Peninsula, and whose capital is the homonymous Valencia. Two official languages coexist in this region: Valencian and Spanish. Here you will find two very different areas: the mountain area, of a very varied landscape in the inner part of the province, and the coast, with plenty of dreamlike beaches that seem almost to heavenly to be true.

And what can be said about the local gastronomy as it is impossible to talk about it without mentioning the so famous 'paella', the typical dish os this province elaborated with the local star product of its gastronomy, rice, 'horchata' or 'agua de Valencia', and local festivities such as Fallas, and The Tomatina, celebrated in Buñol, which make this province the perfect destination to do rural tourism in Valencia.

Besides, describing Valencia means tracing its more than 100 Km of beach, embraced by the waters of the Mediterranean sea, and which drags many tourists who come to its shores looking fo the perfect destination for their summer holidays. But once the most famous Valencia has been covered, there is the other Valencia of vast historical heritage, and some of the most impressive buildings such as the Lonja de Seda, a UNESCO World Heritage Site, and typically medieval and Arab-inspired quartiers that share room with some of the most famous examples of Spanish contemporary art, such as the Ciudad de las Artes y las Ciencias, in the capital.

Algemesi, Xiva, Alzira or Chulilla are inland locations that are also worth visiting, and the same applies to the vast natural patrimony of Sierra de Calderona, las Hoces del Cabriel or La Albufera, which combine rough landscapes with the constant presence of the rivers which cut across the whole region.

What to see in Valencia?

At the very heart of the the Comunidad Valenciana and being the capital itself of this Spanish region, we encounter this wonderful city facing the Mediterranean sea. You will find here the key that will open many famous and architecturally impeccable museums, as well as some of the best beaches where you can spend an unforgettable time.

If you move towards the more inland areas of this province you will discover their landmark landscape of fields and fruit orchards where oranges, the most typical fruit of this region, grow. This is an ideal city to visit any time of the year, with an average temperature of 18ºC thanks to the influence of the sea, and of the river Turia, which cuts across the city.

What curiosities are there in Valencia?

You will find the narrowest building of the continent in this community, where its neighbors are doubled during summer season: the building at the Plaza Lope de Vega.

The symbol which represents this city is the bat, the same animal that, during one of the nights where king Jaime I encamped in the city, fluttered along the battlefield.

1878 was the year the first telephone arrived to the city. Not even 50 years passed that Valencia was filled with automatic telephones.

Shortly before that, in 1810, the city had the first drinkable, water fountain, at the Plaza del Negrito. 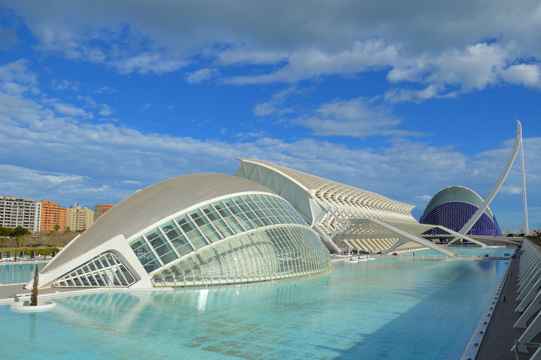 Where to stay in Valencia?

You will find the best accommodation options to stay in this region, both in the coastal areas as much as in the inland ones. Options of all kinds and for all likings, one possibility would be staying at the historical center, where you can discover places like the quartier of El Carmen where the youngsters and the not so young ones, will have tons of fun, and stay awake into the small hours.

If you would rather get up early in the morning and start your day exploring the city after breakfast, there is no better place to do it than in Ciutat Vella, one of the most beautiful shopping streets of the city.

Other great options to visit in the city are the towns along the Mediterranean, or the inland small towns and villages surrounded by the vastness of the fields. 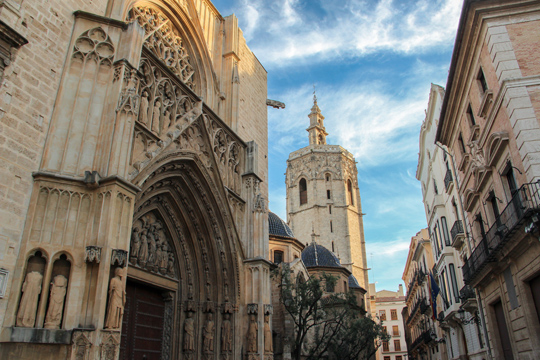 What to do in Valencia?

If the city of Valencia is known for something, is for being home to one of Spain's most famous examples of Modern architecture, the Museo de la Ciudad y las Artes de Valencia, by the banks of the river Turia, and where discovering its many rooms will be a fantastic and unique experience.

You will also find buildings such as the Catedral de Valencia, built during the time of king Jaime I, in the 12th century, mainly built in the Gothic style, although it is also influenced by many others. Dating from a bit later is the Basílica de la Virgen, built in the Baroque style.

Another example of Gothic style and one of the most beautiful ones in the city is the Lonja de la Seda, where you will find in its interior a civil an artistic heritage, and where every sunday is held a street market where you will be able to exchange old coins and stamps, amongst many other things. 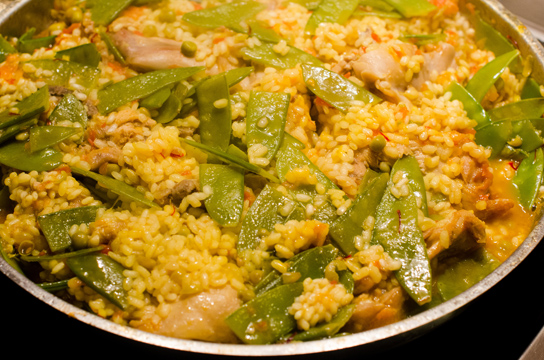 What to eat in Valencia?

The Mediterranean diet is very present in the majority of local recipes that you will be able to sample in the city, and being most of them watered with Spain's most exquisite liquid gold: olive oil. Another very typical dish here is the 'paella valenciana' which is usually accompanied by local vegetable produce, meats such as rabbit, or delicious prawns. Oven-baked is also another very common, traditional way of elaborating rice, mixed with chickpeas, potatoes and several pork, raw meats with it.

For a later snack, you will see there is nothing like a refreshing 'horchata', Valencia's most famous and delicious beverage. To go with it, how about some 'coca llanda', 'mona de Pascua', or 'fartons'. 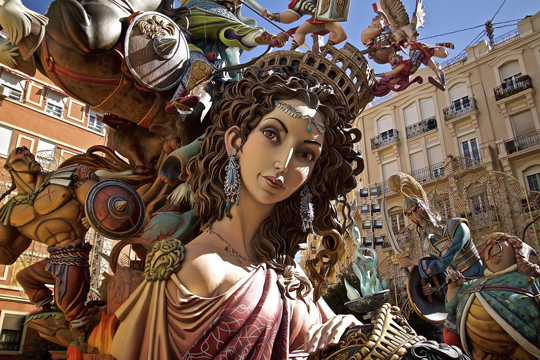 Where are the Valencia festivities?

There is no question that Valencia's most popular, world-renown festivities; the Fallas, held between the 15th and 19th of August. Apart from allowing you to enjoy of endless nights of fun, the best part of this celebration is when people start burning the iconic cardboard dolls that are made during the whole year, and which humour each of them an aspect or trait of all parts of Spain.

During Easter, the Poblados Marítimos hold a total of 32 religious parades, celebrated with so much fervour and devotion that five of the brotherhoods or 'cofradías' in charge of it have received royal acknowledgement. The Fiestas de San Vicente Ferrer are also celebrated here, honouring and asking its patron to help children grow up fast and healthy.

During summer, the festivities of San Jaime o Julio are celebrated, and occasion that has been held since 1871 in order to attract foreign visitors to Valencia, and show them the wonders of this province. Finally, the last Sunday of July is also an important date, when the Batalla de las Flores is celebrated.

How much does it cost to rent a rural house in Valencia?

What type of housing do travelers usually prefer to sleep in Valencia?

When are reservations made in Valencia?