The BEST country houses to rent at Albacete

We have an average score of 9/10! See what they think of our properties in Albacete

Hosted at Casas rurales Batán Rio Tus
You can go calmly to these tourist rental houses, we went 6 in February and we liked it a lot, the people are very friendly and they are attentive to anything. Try to go. We are from Tomelloso and we went there with two small children, one 3 months old and the other 11 months old and pets included. Cheer up.
L
Luis Carlos
5/5 dec-2022

Hosted at El Sauce y El Arce
We had been wanting to take a trip through the beautiful Nerpio area for a long time and we have fulfilled our dream. It is nature at its best. Wonderful places with mountains, waterfalls, pines and valleys with lots of animal life: horses, bulls, cows and sheep. Large picturesque farmhouses that give a rustic note added to the environment in the middle of the countryside and the mountains. The accommodation is very tastefully set up and we have found everything in perfect condition for use.
A
Alejandro
5/5 dec-2022

Hosted at El Tejo y El Agracejo
Both the accommodations and the surroundings are wonderful for a winter getaway, we have loved walking around the well-wrapped surroundings, it was beautiful. And the treatment received simply wonderful, I recommend it.
A
Agne
5/5 dec-2022

Hosted at El Tejo y El Agracejo
Our first visit to Los Enebros this year in June, we stayed at El Olmo, the little house for two, very nice, clean and cozy, enough, it has a hot tub, great! It was amazing the peace, tranquility, relaxation and its live nature, all very green, a river at the foot of the complex, eagles, squirrels, huge poplars, elms and walnut trees, many walnut trees, all kinds of wild flowers, it was something so beautiful that we thought we would repeat, especially at the invitation of Paco one of the managers who informed us that in autumn the colors were impressive.
E
Elisa
5/5 nov-2022

Hosted at Cortijo Ramón Petra
I have spent in this place the best years of my childhood with the most beloved people, my grandparents. So my opinion is not objective about the farmhouse, I love it and I hope I can continue to enjoy your rental a thousand times, maximum with the affordable price it has.
J
Jens
5/5 nov-2022

Discover the exciting history of Albacete in the heart of La Mancha, and its culture full of allegories that take us to its past, during the times of Don Quixote. Apart from its culture, Albacete is a city that will surprise you with the nightlife it has to offer, which is divided in the areas of Titis and la Zona. It is certainly one of the provinces that has more rural tourism on demand in Spain, so we recommend that you book your accommodation way ahead of time, so that you you can make sure you book the one you like the most. Get deep into the biggest province in Castilla La Mancha and get lost away in its wide tourist offer.

Let Albacete show you each of its magical places hidden in its territory. This region, the capital of the autonomous community of Castilla La Mancha, is the perfect destination to get some rest and visit its most famous attractions such as its huge cathedral, honouring San Juan, or the festivities also dedicate to him, which are considered of International Tourist Interest and that you shouldn't miss if you're staying during September.

Knowing which are you would like to visit is an important thing you should know before you book your accommodation here, since the province of Albacete is one of the biggest ones and most rural accommodations further away one from another. You will find here mountains as well as plain, apart from accommodation near the city, so what will you find if you stay I this province? We can guarantee that wherever you go you will find a quiet and comfortable environment. But if you're more into moving around instead of staying just in one place, we suggest you take a look at the map in order to plan your trip. Our personal recommendation is staying somewhere near Nerpio, Ontur or Riópar. If you're looking for something more inbetween rural and urban, Alcalá de Jucar, Hellín, or Almansa are charming destinations that we highly recommend.

We also recommend Lagunas de Ruidera, one of the biggest wetlands in the country. It has 15 natural pools, 11 of which are located in this province, which during rainy season leave us with some of the most beautiful waterfalls. In Hellín you will find another impressive natural attraction: the Pitón Volcánico, which paints a striking contrast with its environment, resulting in a volcanic pipe.If you're looking for mountains, Albacete is in a privileged location for hiking and mountain bike activities in the mountains of of Alcaraz, and Segura, both of them historical regions of the province, and ideal destinations for a rural getaway. If you're more of a sports lover, don't forget to visit the surroundings of the Cabriel river, that from its cradle to its mouth, will prove for an ideal expedition for explorers. We need to also mention the hiking routes of Canal de María Cristina, crossing the mountains, the Procomunal and the last stage, known as the Vía Verde. And what you definitely shouldn't miss is the the quintessential natural scenery of Albacete, that you can read about in this entry about the Natural Reserve of Calares and the birth of Río Mundo.

As for the cultural scene it offers, some of the most interesting places to visit are the buildings from the 19th and 20th century that you can see when you walk around. You also have many museums and cultural attractions at your disposal , since culture is one of the pillars in this area. There are also several Quixote-themed, and many other historical and artistic themed tours in the city that you should check out, such as the Ruta de Don Quijote, the Ruta Mudéjar, and the Ruta Gótica. If you're more into Ancient history, Tobarra is home to the biggest archaeological site of Castilla La Mancha: Tolmo de Minateda. Other places of tourist interest in the area that you should consider are the Pasaje de Lodares shopping centre, Casa Perona (a palace built in the Rococo style), the Centro cultural La Asunción and the church of the same name, the Fábrica de Harinas de San Francisco or the small palace of Fontecha (we recommend you check the timetable before you go there, as otherwise it could be closed), and the cutlery museums of de la cuchillería (very important in Albacete), and the provincial museum of Albacete... and many other places, so that you'll probably need to visit the city a second time with so many things to see :)

What to see in Albacete?

You could perhaps think that this is an overlooked Spanish destination in terms of it tourist offer, but the truth is that you will fin in Albacete plenty of things to discover, and that are ideal for tourism, and having fun. Either during daytime or at night, you will find here hundreds of emblematic destinations and places that will be welcoming you in somewhere in La Mancha.

What curiosities are there in Albacete?

Due to its location, traveling to other provinces such as Valencia, Alicante, Murcia or Cuenca is very easy and won't take you very long. There are lots of history hidden in this region, and many civilization have left proof of the time they spent here, so much so, that you can even find cave paintings in this region. As for its landscape, we strongly recommend that you immortalize it however you like.

Amongst its places of natural interest, one of the most popular ones is Campo de Montiel, which some of the most spectacular views in the province that it won't take you long to explore. 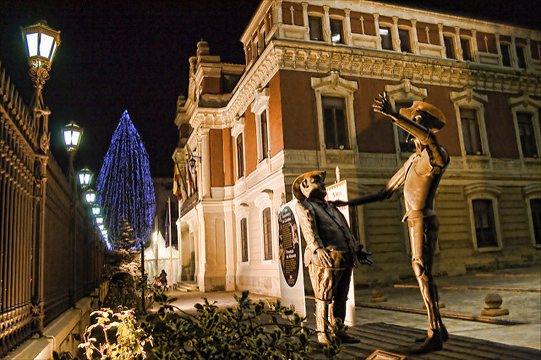 Where to stay in Albacete?

It is always a pleasure to discover new places to take a break for a few days, and if your landscape views change from one place to another, even better. There are some very typical views, such as Campos de Hellín, a great destination for a trip. Its mix of cultures make of this landscape a magical place.

Ayna is another charming destination for a visit, commonly known as the Switzerland from La Mancha, because of the views and location, between the mountains. And like this one, you will find many others that are open for you to discover. 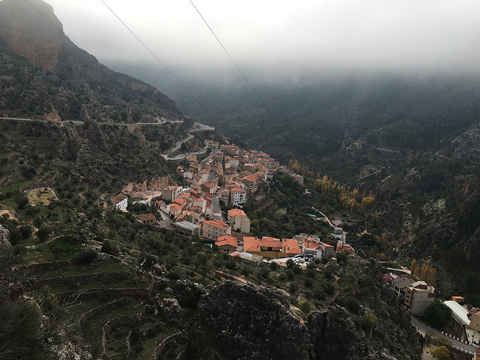 What to do in Albacete?

Discovering many of the emblematic places in Albacete will be very easy. You will find a castle, a church, or a battle fought centuries ago almost in every town. Some of the most notable examples include the Minateda, a town where you can find archaeological sites, and cave paintings that are inscribed as UNESCO world heritage sites.

The castle of Alcalá de Júcar, ot the one in Almansa are also protagonists in the province of Albacete, just like the natural reserves of La Hoz de Júcar or the Nacimiento del río Mundo, which give this region an air of romanticism. 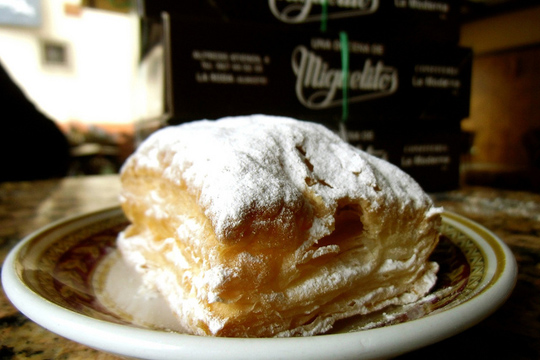 What to eat in Albacete?

I'm sure you have heard about some of its typical dishes, specially for those with a sweet tooth, the Miguelitos de la Roda are a traditional sweet from this area. They are made of puff pastry, and filled with cream, that make it a sweet delicacy for everyone. Cheese, soups, and the 'torta cenceña'are other traditional dishes that you'll love. The truth is that it's gastronomy reflects the the deeply-rooted agricultural tradition of working in the fields, that required very filling daily meals that would help them puk through the day. 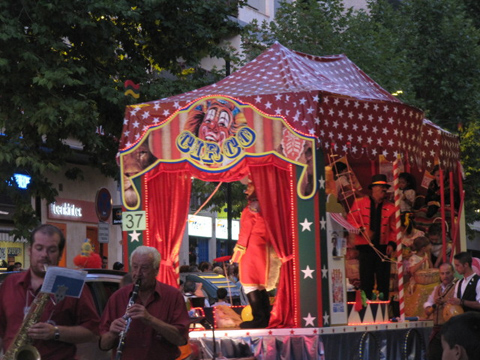 Where are the Albacete festivities?

If you would like to choose the dates for your trip according to the local festivities, it will be very easy for you in this province. The most important of them, without question is the Feria de Albacete, which takes place in September and lasts for ten days of partying and having fun on a binge, where you will be able to dance, try the local gastronomy, go shopping in the small stands in the streets and enjoy in general of this celebration honouring the Virgen de los Llanos, the patron saint of the city.

Easter is also a big celebration in this province. During that week, you will see processions, pilgrimages, and religious images, as well as those devoted to them, that will fill the streets of the city.

The carnival here is also a date to write down, with all the costumes, and chirigotas (street bands) that make of this one of the most joyful and entertaining celebrations of the year for tourists.

How much does it cost to rent a rural house in Albacete?

What type of housing do travelers usually prefer to sleep in Albacete?

When are reservations made in Albacete?