Find your own place in the kindness of this province full of life, colour and joy, located in the south of Andalucía, and which has three different kinds of terrain, resulting in a very varied orography, such as the one of the Depresión Bética.

Here you will find the only inland with that has a harbour, and the climate of which consists in very mild winters and very hot summers, such as the case of Écija, known as “Andalucía's frying pan”, reaching a temperature of more than 40ºC. During these very hot summers that you will be desperately asking for a refreshing 'gazpacho', elaborated only with products that are 100% healthy and natural, or enjoy of a cold 'caña' of beer and a tapa of 'pescaítos' in the shade of a terrace.

Doing rural tourism in Sevilla will allow you to discover a unique historical heritage with important monuments such as the Giralda, the Alcázar, Archivo de Indias, or La Torre del Oro, al of them examples which belong to one of Europe's largest UNESCO world heritage sites, as well as one of the biggest historical centers of Spain, and the third biggest one in Europe.

The Arab presence in the past has left in along its territory monuments, typically ornamented, that will remind us of this period. Carmona, Utrera, Alcalá de Guadaíra or Dos Hermanas are places where you will be able to see many examples of this.

Let us help you plan a very dynamic and active visit to Sevilla, finding the accommodation that best suits your needs.

If you would like to visit the province of Sevilla, you need to know that you will be staying in the biggest and most populated city of Andalucía, and one of the regions with the greatest variety of tourist offers of the whole autonomous community. Sevilla is a very lively province, and full of the so called “duende”, and which offers a great variety of places to know, discover and be amazed by. Both in the capital as well as in other nearby locations, will give you a taste of the deep-rooted culture and tradition of this region. The people from Sevilla will welcome you to this very special place, and help you with anything that you might need.

Because here, regardless of it is day or night, you will always find something to do, a place to visit, or another natural paradise you can get lost in. It is also right next to other provinces of Andalucía such as Málaga, Cádiz, Huelva or Córdoba, which means that if you fancy moving around a bit and checking them out, it will be very easy to do from here.

About the region of Seville

As the popular Spanish song goes, “Sevilla tiene un color especial” (Sevilla has a special colour). Because the thing is, here you will find a natural, artistic and folkloric paradise.

Located between Sierra Morena and Sierra Sur, the province of Sevilla is embraced by the waters of the river Guadalquivir, which paints the perfect views for your holidays.

Its capital, of the same name, is a city of international reputation, and its streets and monuments are presented to visitors as a mix of cultures such as the Arab, the Roman, and Hebrew.

Another important aspect of this region is its world-renown gastronomy with a great variety of products. We are sure you will love to enjoy of an aperitif accompanied by some of the typical tapas.

The weather here consists, generally, in very mild winters and very hot summers, sometimes reaching more than 40ºC. Amongst its locations, one of the most popular ones is Écija, known as “Andalucía's frying pan” because of the incredibly hot weather that strikes this city in summer. 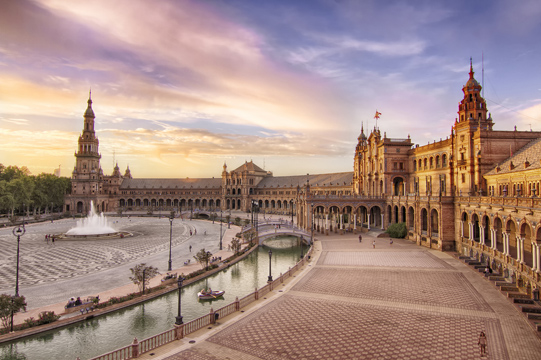 Where to sleep in Seville

Sevilla has a very wide accommodation offer, both in the capital and the nearby towns and villages, where you can enjoy of some peace and quiet.

We must tell you however, that the capital is always full of tourists, which means that most accommodation is on very high demand during the whole year which is the reason why rural tourism has become a very popular alternative that also will allow you to explore other charmin and equally interesting areas in the province.

Amongst some of the most popular and beautiful places that we recommend visiting is Carmona, only 30 Km away from the capital, in the historical center of which you can enjoy of the visiting the city walls and houses built in de Mudéjar and Renaissance style.

Marchena is another of Sevilla's treasures, which has some of the most beautiful views in the province, and a historical heritage of utmost value, which has made this small city be considered a Historic-Artistic Heritage Grouping. Another one is Estepa, which is also one of the main producers of Spain's liquid gold: olive oil. This place is also known as “Andalucía's balcony”, since you can enjoy of the most spectacular panoramic views from the highest spot in the province.

Like these, you will find many other hidden beautiful locations in Sevilla. If you would like to know more about it, we have left a list of them for you. 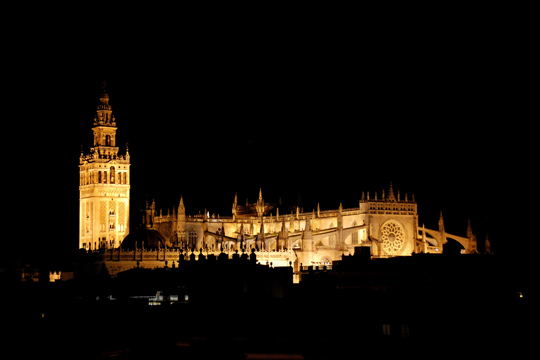 What to do in Seville

In order to visit all the places this province can offer, you will need to be on your best form, which means that you will need to sleep well during the night, and make the maximum of your days visiting the Giralda, Sevilla's most emblematic monument, Torre del Oro, or the Real Alcázar.

If you would like to enjoy of some natural views, we suggest a very original plan: visit the rice fields in Isla Mayor and Isla Mínima, which are two of the biggest ones in the province. Another interesting option is going to Cerro de Hierro, an excavation site that never ceases to amaze visitors who come to Sierra Norte.

Another possibility is visiting the Anfiteatro de Itálica, testimony of the time this region was inhabited by the Romans, an which can be visited nowadays.

La isla de La Cartuja is one of the most popular destinations of the province, and is the place where you will find the monastery of Santa María de las Cuevas.

El Barrio de Santa Cruz, is one of Sevilla's oldest ones, and where the jewish quartier used to be. A very charming spot, with many legends and stories written about it, and it was also where the Spanish artist Bartolomé Esteban Murillo lived for a long time. 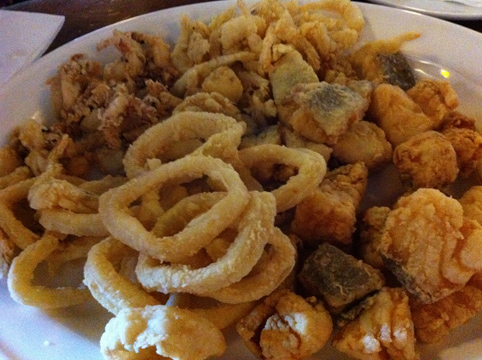 The territory of this province has provided Sevilla with the best soil for vegetable produce, that is later translated into the many flavours and colours of Sevilla's cuisine.

Olive and fruit trees, as well as the meadows where livestock pastures, result in the perfect combination for Sevilla's recipe book. You might have heard of expressions such as “a la flamenca”, “a la sevilla”, or “a la gitanilla”. Well, all of them correspond to ways of elaborating the local dishes in this province.

If you are coming to this province, you mustn't leave without trying 'pescaíto frito' or 'en adobo', as well as some other cold dishes such as 'gazpacho andaluz' one of the most famous dishes of the local gastronomy.

If you menu is lacking a sweet treat, 'pestiños' are the most popular ones, eaten specially during Christmas.

Last but not least, Cazalla de la Sierra and Constantina are two key names as they are the main producers of 'aguardiente' par excellence in the province. 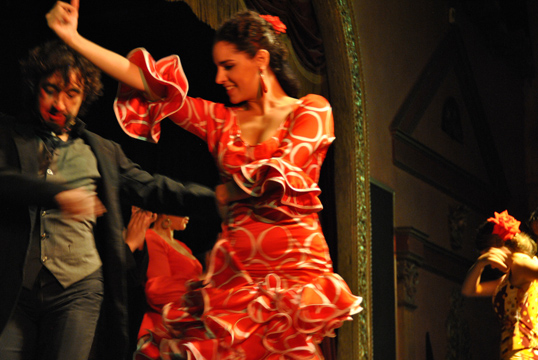 If Sevilla is famous for something is for its parties. For this reason, we recommend joining during any of the main local festivities if you are coming to stay in this province for a few days. You might have heard of some of the following festivities and, the truth is, that they are becoming more and more popular both national and internationally.

We start with Easter, since there is no more famous place for it than Sevilla. Here the 'pasos' and religious processions are a whole event on their own, and an experience that you need to see for yourself at least once in your life.

Two weeks later lands in the calendar the also very famous Feria de Abril, the perfect chance to enjoy of the typical stands filled with traditional music, costumes and gastronomy of this province. Las Cruces de Mayo, and the Fiestas de San Fernando are also celebrated during this month.

Finally, El Rocío is also another of the most important occasions celebrated in the province. It is one that has been celebrated the longest, and that more devout followers receives each year. Each of the brotherhoods in charge of it, known as 'Hermandades', performs a procession that will take them to El Rocío during Whitsuntide.

We have an average score of 9/10! See what they think of our properties in Seville