Here in the Balear islands you will find a unique paradise that is home to the best virgin beaches, culture and places of quality tourist entertainment. You will find here more than 500 Km of seaside where the water is merged in the horizon with the sky, and nature with the white, fine sand of its hidden, protected natural spaces.

Palma de Mallorca, the capital, welcome the greatest number of visitors each year, but not all of them come looking for the sun and its beaches only. The cathedral of Santa María de Palma de Mallorca is specially charming, as it is the only one whose image is reflected on the seawater.

But Mallorca is also home to entertainment and tradition, such as with the Batallas de Moros y Cristianos celebrated all over the province, during which the inhabitants of this region devote themselves to represent the history of their island.

The local gastronomy deserves an text on its own since, who hasn't heard of the typical 'ensaimadas', or the savoury 'sobrasada'? Both of these, and many more, are the local delicacies that even the most exquisite palates will be able to enjoy here.

As you can see, rural tourism in Mallorca is very rich and varied, and for you to enjoy discovering also this aspect of Mallorca's geography, we recommend some of our accommodation.

A true gem located in the largest island of Spain's territory, the city of Mallorca is surrounded by the waters of the Mediterranean sea. You will see there is nothing like walking through some of its more touristic streets, which have undergone a transformation through history from head to toes, and have given birth to the exciting and breathtaking capital of the archipelago it is nowadays. This is the most popular destination amongst German tourists, and its rise in popularity during from last years has meant that you will be able to find here many options so that you can find the accommodation that best satisfies your needs. Both in its inland towns and by the coast, near one of the many dreamlike beaches scattered around Mallorca, or near its green areas, day or night and any time of the year, you will be able to enjoy and have an unforgettable time with the best company, while you visit the most emblematic sights of this island, or spend a whole day in one of the beaches where the fun never leaves, not even at night.

About the region of Majorca

This island welcomes more than 15 million tourists every year, a number of visitors that is rapidly increasing, thanks to its great location, out of which German visitors seem to be the ones who enjoy of this place the most. This is, without question, an ideal destination to relax during your holidays, and a place where the fun never stops.

The Times magazine named it in 2015 the best place to live, according to aspects such as its weather, landscape, and quality of life and of tourism.

The most popular area of the island is Palma, the epicenter of its parties and of its tourism.

One of the landmarks of its landscape are the mountains of Tramontana, the highest summit of them being the Puig Major, which reaches up to 1,436 metres. 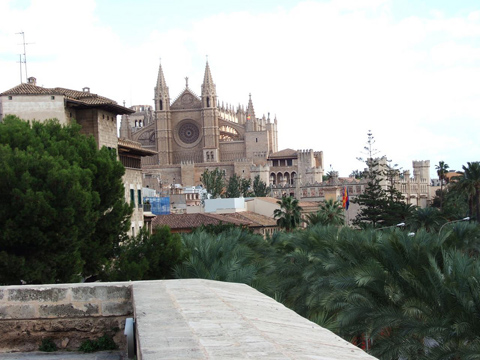 Where to sleep in Majorca

In this island, the second most populated one after Tenerife, you will find many places fit for each different kind of stay. Each of the four cardinal points of this island, as well as in its inland areas, has a special something. The most popular destinations amongst tourists are, without question, in the south of the island where you will find the Bahía de Palma and one of its most famous cities, Magaluf, where all parties last until the small hours of the morning, and the tourist offer is very wide and economical. But you will also encounter places like the beach of Es Trenc, with some of the most breathtaking, paradise-like views in the whole isle, where you will be able to enjoy spending many fabulous days in the beach, as well as hiking. If you are looking for some peace and tranquility, the east side of the island is your place to go, as it is home to its typical, Mediterranean views, surrounded by pine trees. You will find an example of this in the beach of Cal d'Or, where nature becomes one with its iconic white, seaside houses. You will also find, more to the north, the old fishing town of Pollença where, together with your family or friends, you can explore the immensity of its huge beach surrounded by the wilderness. And to enjoy of some history without leaving the sea, there is no place like Alcudia, where you will find the the bay of Can Picafort, surrounded by two natural reserves, an ideal place to go cycling, or to visit its archaeological site. But not eve 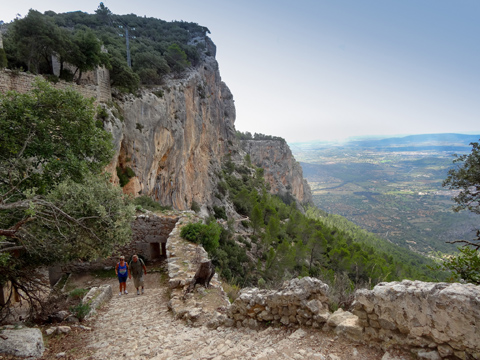 What to do in Majorca

You will see how the historical frame of Mallorca consists in narrow and pedestrian streets decorated with typically medieval architecture ad patios, not unlike their counterparts in Cataluña. One of its more emblematic monuments is the Catedral de Mallorca, a Christian temple by the seashore that is proud to have one of the biggest Gothic rose windows of the world. The Castillo de Bellver is also built in the Gothic style, and is one of the 3 circular castles of Europe, where you will also find in its surroundings a group of 4 caves in total known as the Cuevas del Drach, open to visitors, and which are connected with each other by the Lago Martel. The natural greenery that grows in Mallorca is characterised by the mountains of Tramontana, that dominate the territory in the north. Don't be surprised if you spot goat-grazing in this area, as there are plenty of small plants and bushes fit for it, as well as lakes, wonderful hiking routes and other unique places like archaeological sites, or the Monasterio de Lluc and its botanical garden, where you will be able to examine more than 200 different species. You will also be able to go back in time once you step into the Ferrocarril de Sóller, a train from the beginning of the 20th century that connects the capital with the town after which it is named. 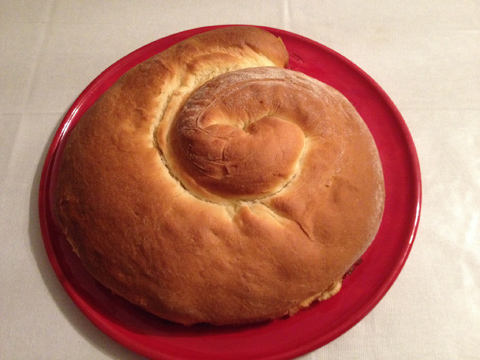 When thinking about the gastronomy in Mallorca, the traditional 'ensaimadas' come to mind, as you will find here ovens dating from the 16th century,where they were traditionally elaborated, that still nowadays will guarantee you enjoy of this delicious sugar-coated pastry, as well as of 'buñuelos de viento', another sweet delicacy that was already consumed during the time of the Arab invasion. Nevertheless, these are not the only typical dishes from this island, as you will also find in any bar or restaurant here delicious local products which make up Mallorca's traditional recipe book, such as the so famous 'sobrasada', which apart from being the star meat product of this province, is also the result of the longtime tradition of Iberian pig breeding and grazing in this island.

Part of the recipe book is also the 'frito', a very varied and colourful dish that consists in an assortment of meat and vegetables, which also has a fish verison known as 'frito marinero' elaborated with the local fish from the Islas Baleares, such as squid, cuttlefish or prawns.

To wrap this succulent meal up, nothing like a Mallorca PDO wine to go with it. 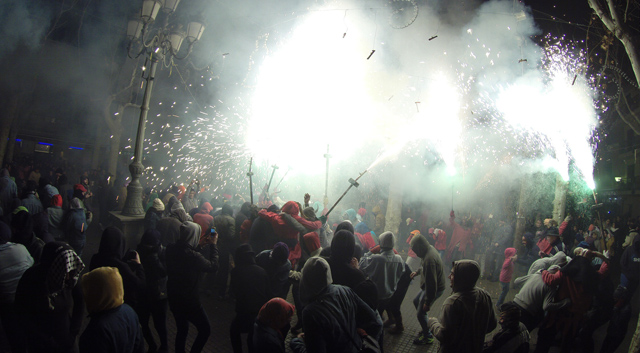 The local festivities will be an excellent occasion for you to add some extra fun to your visit here. Each time of the year will be an ideal chance to enjoy of an unforgettable time spent here. Right with the start of the year, between the 16th and the 20th of January, many towns honour San Antonio, the patron saint of the island, holding many different celebrations and activities during those days, with demons and 'glosadores' as the main protagonists. Slightly changing the setting, you will probably have some company if you go hitch-hiking in the mountains or if you decide to plant some trees during the Diada de la Naturaleza, always held in the first Sunday of March. Easter is also an important occasion celebrated here, especially in the town of Pollença, where its spectacular religious procession will take you to the side of the mountain of Monte Puig, illuminated by dozens of torches. During the second Sunday of May the Fiesta de Moros y Cristianos is celebrated in Sóller, where several battles and key historical moments are staged all over the city, to commemorate Mallorca's victory over the Moorish invaders. Nothing like starting a bonfire to welcome summer during the summer solstice, San Juan, in any of the beaches in Mallorca, or in the Parc de la Mar y Ses Voltes, where the bonfires are accompanied by music during the most magical night of the year. Another park in the island, Sa Riera, holds in September the Oktoberfest festival, where you will be able to try so

We have an average score of 9/10! See what they think of our properties in Majorca