The BEST country houses to rent at Tenerife

We have an average score of 9/10! See what they think of our properties in Tenerife

Hosted at Casa Rural Piedra Redonda I
The house is incredible. It has everything, it is very well cared for and very well decorated. In addition, the owners are very attentive and are aware that you do not lack anything. It is ideal to stay in the other Tenerife (away from the southern tourist environment). It is very well located to visit the entire north of the island (Teno Point, Garachico, Los Gigantes, La Orotava and Anaga Point). Also near the house there are 2 phenomenal restaurants to try Canarian food (La Barca for fish and El Manglar for meat). And they are cheap too.
A
Adrián
5/5 dec-2022

Hosted at Casa Rural Dos Barrancos I
We were 4 couples with 4 children, with which we rented the 2 complete houses. We were there for a week in May and very well. A quiet area, but close to everything (beach, city, etc.). The very correct and charming accommodations. The pool is enough to take a dip and the children enjoy, surrounded by fruit trees. Highly recommended to go to the island and avoid crowds of foreigners in hotels.
Q
Quentin
5/5 dec-2022

Hosted at Hotel Rural La Quinta Roja
We celebrated our anniversary in this beautiful accommodation with a group of friends. We loved the treatment received. Great breakfasts and a beautiful room. The accommodation is very well located, in the center of the town to be able to know it without the need for transport. We will return to the island and repeat our resting place.
R
Ruth
5/5 dec-2022

Hosted at Hotel Rural La Quinta Roja
The lodging is located in an old manor house perfectly restoring giving it a touch of class and style. It offers much more than other accommodations in the surroundings of San Roque. Highlight the friendliness of the employees and the atmosphere that is breathed.
M
Mayte
5/5 nov-2022

Hosted at El Traspatio
It is comforting to find corners like this to spend a few days of your precious vacation, the tourist rental housing is beautiful, well decorated and cozy, in terms of equipment and the unbeatable garden, with all this and a correct price the result is sure success. We also appreciate the welcoming and generous treatment of Sergio, the owner and Begoña, the neighbor of nº8, thank you for everything and until next time; a place to return.
O
Oriol
5/5 nov-2022

Would you like to go somewhere out of this world? Doing rural tourism in Tenerife means flying away from the peninsula to land somewhere new and undiscovered. Coming to this isle means isolating oneself, and discovering places that almost don't look real, such as the national park of Teide, a natural UNESCO world heritage site.

This island located in the western and southernmost of the Canary Islands, whose terrain is filled with areas of high and low grounds, while also being home to the highest mountain in the whole country, where you will be even able to spot snow in the mountain's summit during the whole year, while it is still hot in the rest of the island, always mild in both temperatures and rain, making it an ideal destination for any time of the year.

But volcanoes are not the only geographical wonder that you will find in here, since there are also many secret destinations of deep-rooted tradition, such as La Laguna, or the natural pools from Lagos Martiánez. The Parque Rural de Teno and the Macizo de Anaga, are also two musts for those who are coming to visit.

And of course, we can't forget to mention the many viewpoints where you will be able to take into the views of the island, such as the ones of Ayosa and Jardina, located 2,000 metres above sea level.

We also recommend seeing at least once in your life the colorful and lively carnival. And if the beaches or the climate don't make you fall in love with this place, perhaps the local accent or delicious gastronomy will.

What to see in Tenerife?

If you would like to enjoy of a hundred and one adventures in just one trip, Tenerife is your place to go. Let its nature of many contrasts seduce you, relax your body and soul in its heavenly beaches, sink into its crystal-clear waters, have tons of fun in its theme parks,dance to the music of the carnivals and much more, any time of the year thanks to the wonderful climate and ideal weather you will find here. If you are a surf-lover, find the perfect waves or, if you prefer mountain sports, reach the top of El Teide, the highest mountain in Spain. And don't leave this unique island without trying the rich local gastronomy while you sit at a terrace with views to a never-ending sea, a view to fall in love with.

What curiosities are there in Tenerife?

El Teide has the largest shadow reflected upon the sea in the whole world, a unique effect that is possible thanks to the mountain's proximity to the sea, and the slope of the territory of Tenerife.
br> There is on the surface of the Moon a group of mountains known as the “Montes de Tenerife”, a name chosen by the British astronomer W. Radcliffe Birt. 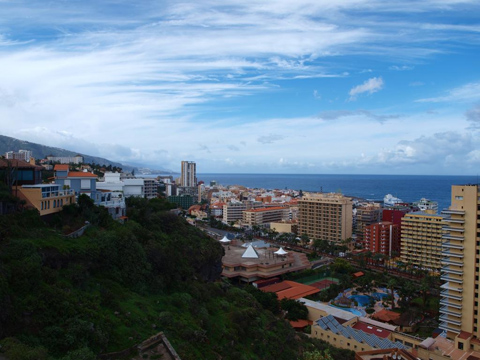 Where to stay in Tenerife?

The island of Tenerife is suited to anyone's budget: from luxurious hotels and villas, to family houses and apartments, all of this without forgetting about the campings and youth hostels that you will also find here for those who would prefer to enjoy sharing the best moments or being close to nature.

In Santa Cruz de Tenerife, the capital of the island, you will find a very busy atmosphere with shopping streets and plenty of cultural and nightlife options, whereas in inland towns and villages like San Andrés or Puerto de Cruz you will find an ideal place to enjoy of some peace and quiet. 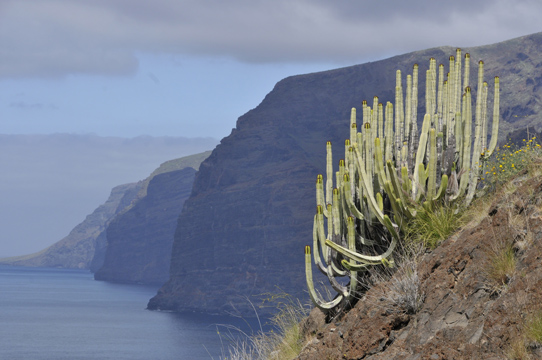 What to do in Tenerife?

The island of Tenerife is home to many places catalogued as UNESCO World Heritage Sites: the first of them is the National Park of El Teide, a true natural spectacle with breathtaking views, the second one is the historical center of San Cristóbal de La Laguna which is a unique example of a colonial city, without any city walls around it.

Another element of international reputation are also its beaches, particularly the ones in the south of the isle, such as Granadilla de Abona or Costa Adeje, without forgetting about Playa de las Teresitas, in the capital. If apart from enjoying of a more relaxing day you would like to try out water sports like windsurf or kitesurf, the beach of El Médano is your place to go. But before you leave the sea behind, you can also have a look at its bottom: in the southwest coast you can spot up to 26 different cetacean species such as killer whales, dolphins and even blue whales. And you can also have some fun family time in Siam Park, the biggest water park in Europe. 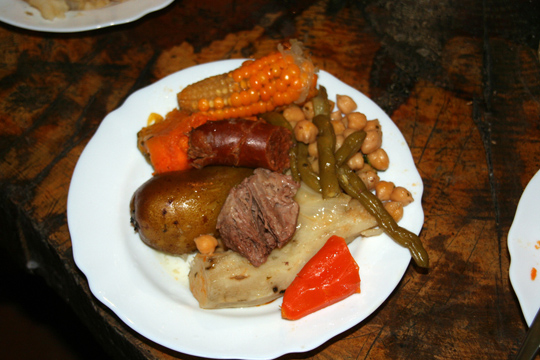 What to eat in Tenerife?

Just like its landscapes, the gastronomy of Tenerife also stands out for having many contrasts as a consequence of its proximity to the sea, and the fish that dominate most of its recipes, especially groupers, 'salmas' and 'chernes' with, of course, some delicious 'papas arrugadas' and 'mojo' on the side, which you can make spicy or not. 'Gofio' and cheese tapas are also very popular, without forgetting about the local 'chorizo canario', and 'morcilla'. For dessert, the 'leche asada' and 'bienmesabe' are the favourite ones amongst the most exquisite palates. The wine-making tradition here is a whole institution on its own here, with a total of 5 PDO status wines (Abona, Valle de La Orotava, Tacoronte-Acentejo, Valle de Güímar and Ycoden-Daute-Isora), and the same goes for the local rum, usually drank with honey. 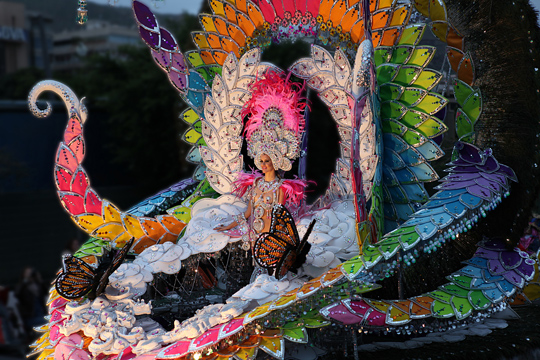 Where are the Tenerife festivities?

The carnival of Santa Cruz de Tenerife is considered one of the most popular ones in the world, only topped by the one in Río de Janeiro. During an entire week, thousands of people go out on the streets and fill them with joy and fun dancing to the sound of the 'murgas' and the 'comparsas'.

It is clear that here in Tenerife people know how to have fun, but here you will also find more traditional customs and festivities. Several 'romerías' are held along the the island, with the one of San Marcos, in Tegueste, and San Isidro Labrador in Los Realejos, as the most popular ones.

Las Fiestas de la Virgen Candelaria, the patron saint of the island, is not one but two different festivities held always on February 2, and August 14.

How much does it cost to rent a rural house in Tenerife?

What type of housing do travelers usually prefer to sleep in Tenerife?

When are reservations made in Tenerife?