The BEST country houses to rent at La Palma

We have an average score of 10/10! See what they think of our properties in La Palma

Hosted at Casa rural Felipe Lugo
Regulars to peninsular rural tourism for a long time and throughout the year, this house is the best we have been in, not only for its careful restoration and comfort but also for the environment in which it is located and for the warmth and kindness with which its owners (Antonio) and the manager -Gloria- receive you.
P
Paz
5/5 dec-2022

Hosted at Casa rural Felipe Lugo
Beautiful house in a privileged location. It is central to visit the entire island and is in a quiet and beautiful area. Every morning we have enjoyed magnificent sunrises. Be sure to visit the School of Crafts and La Casa Roja in Mazo. We loved the Las Tres Chimeneas restaurant on the road between Breña Alta and El Paso (very close to the hospital).
M
Mirella
5/5 dec-2022

Hosted at Ecofinca de Teresa
The best way you will have to relax is to go to the Eco Finca Teresa, since you leave behind all the stress of the year, there is a lot of tranquility, relaxation, let me repeat this unique experience on the island with my pet with a 100 % of security.
O
Omar
5/5 nov-2022

Hosted at Ecofinca de Teresa
We have spent 10 days in this house after Christmas and in general we liked everything. Indeed the area is very quiet, the holiday home is very beautiful although there are no views, but it is true that no one sees you as they said in another opinion, so you are isolated in a pleasant privacy.
M
Marce
5/5 nov-2022

Hosted at Ecofinca de Teresa
We have just returned after having spent 15 days in June and the site cannot be beat. The owner (Teresa) is very attentive and friendly, the accommodation is beautiful and with everything you need, the barbarcoa great and the pool for you just really incredible. What more could you ask for? We have felt like in our own home and the only bad thing has been having to go back and the holidays are over.
I
Iria
5/5 nov-2022

Coming to this region is a synonym of having fun and of discovering new things. An island that will meet the expectations of the holidays of your dreams, and that you shouldn't miss out for many reasons. There is in its territory, a great variety of paths and hiking routes that will take you to natural areas of the highest value.

One of them is the National Park of Caldera de Taburiente, at the epicenter of which you will find a volcanic crater protected by the high mountains of this natural reserve. The Ruta del Cubo de La Galga, or the one that goes up to the volcano of San Antonio, are two options that you cannot forget to check out during your stay of rural tourism in La Palma.

And something you mustn't miss during your visit to this island, is the Faro de Fuencaliente, which will give you a postcard-like view of the island, this time near the urban center of Santa Cruz de La Palma, and the Calle Real, the heart of the capital.

What to see in La Palma?

Discover the island of La Palma, an island located in the northwest side of the Islas Canarias. It is no wonder this island is also known as the “Isla Bonita” since, its natural territory mixes the beauty of its impressive volcanoes, its exuberant forests and gardens, breathtaking cliffs, and dark-sand bays. And, as if you needed more reasons to come this island, here you will find the biggest volcanic crater of the whole world, in Caldera de Taburiente. Add to this list an ideal weather and mild temperatures during the whole year, and a clear sky that is perfect for astronomy-lovers. For this reason, and many other, La Palma has been since the year 2002 a Protected Biosphere. The locals, the 'palmeros' are very familiar and hospitable people that never seem to be on a rush, a quiet and laid-down way of living that we are sure will rub off a bit on you once you step on this island. Come to this island, relax and enjoy.

What curiosities are there in La Palma?

Santa Cruz de la Palma is the first city of the Islas Canarias where telegraphs and telephones were installed, on the 23rd of September of 1883.

The airport of La Palma became in 2001 the first wind-powered airport in Spain. 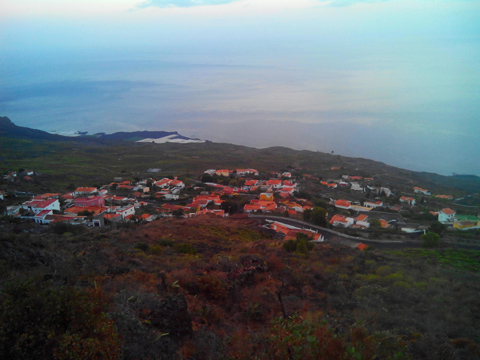 Where to stay in La Palma?

The tourist offer of La Palma has learnt to adjust to the requirements of any kinds of tourists: for those who are visiting the island alone as well as to those who come with their families, or couples, to the most intrepid adventurers or those who would just like to relax, they will find accommodation that meets their expectations. In Santa Cruz de la Palma, the capital of the island, lively streets filled with bars and shopping establishments await for you in charming towns like Bretaña Alta, Los Llanos de Aridane or Tazacorte, where you will enjoy of the peaceful and rural atmosphere. 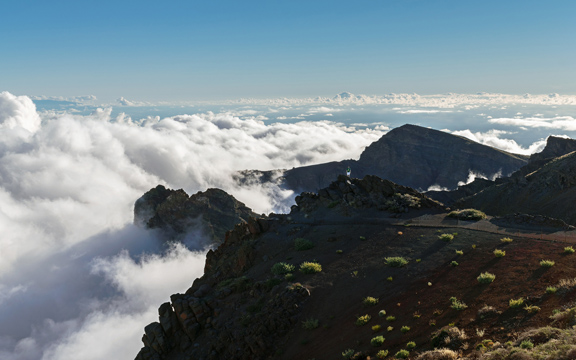 What to do in La Palma?

Those who love hiking will find in Palma the land of their dreams, since this island has a total of 1,000 length of signalled paths in the National Park of Caldera de Taburiente, where you will walk along the small rivers and torrents, or the Ruta de los Volcanes, with high and low grounds of more than 1,000 meters, and Bosque de Los Tilos, where you will encounter centenary trees that look almost ad if they are touching the sky. The beaches of the island are characterised by the dark colour of their sand in the Playa de Puerto Naos, Charco Verde or the one of Fuencaliente, are some of the most beautiful ones. Wherever you are staying, you will be able to enjoy of one of the cleanest places of the planet, as La Palma is considered a Starlight destination, a label awarded to the destinations with the best quality for stargazing. And even though you might not be able to touch the sky yourself, up in the 2,420 meters high of the Roque de los Muchachos you will be very close to doing so, in one of the best observatories of the whole world. 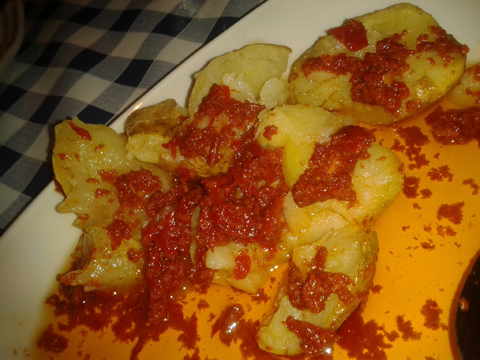 What to eat in La Palma?

The gastronomy of Palma can be proud of being one of the most complete gastronomies of the regional cuisine of Las Islas Canarias, as the result of the influence of different cultures. Amongst the most popular recipes is the 'gofio', the so famous 'papas arrugadas' ad the many different varieties of 'mojo'. But these are not the only ones: 'potaje de trigo', 'carne de cabra en salsa', or 'escacho palmero', are becoming more and more popular dishes. As for the local confectionery, it deserves a chapter on its own; El Príncipe Alberto is one of the traditional cakes of this island, just like the 'bienmesabe', 'almendrados' or the 'rapaduras'. All of the above, accompanied with some of the best wine, especially the one from Malvasia, which has received many international awards, and other delicious beverages like 'mistela', 'ron de caña', or 'ronmiel'. 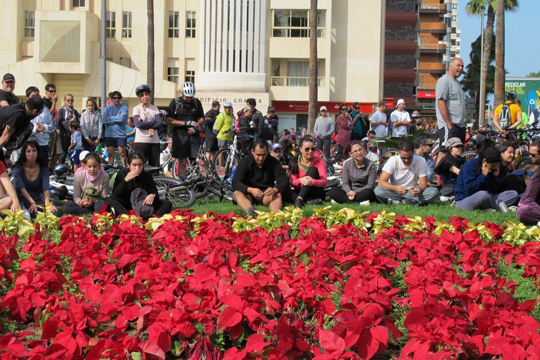 Where are the La Palma festivities?

The local Fiesta de la Bajada de la Virgen de las Niveles, celebrated each five years, is the most important celebration of this island. Apart from a pilgrimage where the virgin is taken from the Real Santuario Insular, to the capital of the island, during which theatre and dances are performed.

The carnival of La Palma is a showcase of the most characteristic elements of the typical carnivals celebrated each year all over the archipelago, such as the 'murgas', 'comparsas', or choosing the Queen of the carnival, but a thing that makes this carnival in particular special, is that it is held during the Fiesta de los Indianos, where the homecoming of those locals who had emigrated to America is celebrated.

Amongst other relevant celebrations you will also find here the Día de la Cruz, on the 3rd of May, where the origin of the island is commemorated, and during which it is customary to visit the different crosses spread all over the island.

How much does it cost to rent a rural house in La Palma?

What type of housing do travelers usually prefer to sleep in La Palma?

When are reservations made in La Palma?