The BEST country houses to rent at Badajoz

We have an average score of 10/10! See what they think of our properties in Badajoz

Hosted at Casa Rural El Portezuelo
We stayed for 4 days in February in this rural house and we were delighted with its facilities and with how well it was inside despite the cold outside. Between the fire we lit and the heating it was perfect. Highly recommended for a winter trip and enjoy the house if you do not want to go out, although you will miss its wonderful surroundings.
G
Gemma
5/5 dec-2022

Hosted at Casa Rural El Portezuelo
We have spent 11 days in the rural house, 3 couples, we have been luxurious, the tourist rental house is super good, nothing is missing, each room with its bathroom and air conditioning, the same dining room and the exteriors with the pool and grill are wonderful. The owners Emi and Miguel are very friendly, we found breakfast for the days we went. It is all perfect.
B
Berenice
5/5 dec-2022

Hosted at Casa Rural Alcornocalejo
It is located in a unique environment in the beautiful little town of Calera De León and the personal treatment was wonderful. We live a unique experience with the family in what for us is a very healthy way of living a different vacation, learning new things and experiencing nature firsthand.
A
Almudena
5/5 dec-2022

Hosted at Casa Rural La Fuente
Last May we were lucky enough to host several couples (laden with small children) in this rustic villa and we were totally right. The house is spacious (with space for the children to play), brand new, tastefully decorated (it has lots of stone and wood architectural details) and very well furnished. It has an outdoor barbecue on a terrace overlooking the pasture and above all clean, very clean, with your bedding in perfect condition (which for me is very important).
M
Marcial
5/5 nov-2022

Hosted at Casa Rural La Fuente
If anyone can have doubts about renting this tourist home, let them discard them, due to the fact that this house is a jewel in the town of Segura de León. We went this past weekend because we had a wedding close by and the pity is that we could not enjoy it more. We were seven adults and three little ones, and we had all the space we wanted. The fireplace and heating have helped us to pass the cold nights.
G
Generosa
5/5 nov-2022

Welcome to Badajoz, land of rich produce and necessary visit. Between those you will find the so called Puerta de Palmas, one of the main monumets of the region. And an beautiful templar castle in Fegenal de la Sierra.

You can continue with your castle expedition visiting the castle of Luna, in Albuquerque, or the Culebra one in Alange. A bit older are the historical findings in Risco de San Blas, a cave where prehistoric paintings from the Neolithic, to the Bronze Age, were discovered.

But if there's a place that we recommend is the capital, Mérida. The Ancient Roman findings here are spectacular, and some of the best preserved one in the whole peninsula, such as the Roman theatre or the aqueduct. It is also an area where, historically, many different cultures have been in contact and coexisted one with the other, such as Roman, Arabic, Visigoth and, of course, Christian.

And let's not forget about its gastronomy, visiting one the provinces that are best known for their cured ham, and a total of 4 PDO status variants of the quintessential Spanish delicacy: our Iberian cured ham.

Because of all the above, we recommend doing rural tourism in Badajoz.

What to see in Badajoz?

The province of Extremadura offers a great variety of possibilities for you to enjoy doing tourism here. You will find great views, with vast meadows as their protagonist.

A neighbour region of Portugal, it started to grow on the banks of the Guadiana river, at a height about 60 m.

Both in the capital and in the small villages and towns that make up the whole province, it has made itself quite a name for its day an nightlife.

Do not forget to enjoy of its historical centre, with the strong presence to the old civilizations that used to live in the province many centuries ago.

If you have chosen Badajoz as your destination, you have made the right choice.

What curiosities are there in Badajoz?

If you would like to know more about the province of Badajoz, you only need to come and take into its panoramic view, with buildings of great historical and cultural value.

Culture is one the keys aspects in understanding the Extremaduran identity, so much so, that it is the Spanish region with the most libraries, and spaces for reading purposes per inhabitant, compared to the rest of the Peninsula.

Besides, its palaces and fortifications are always very attractive to tourists, specially the capital's city walls, the longest ones in the whole country, of 6,5 km of length.

You can see all of these and much more, is what you will be able to discover during a trip that will not leave you indifferent. 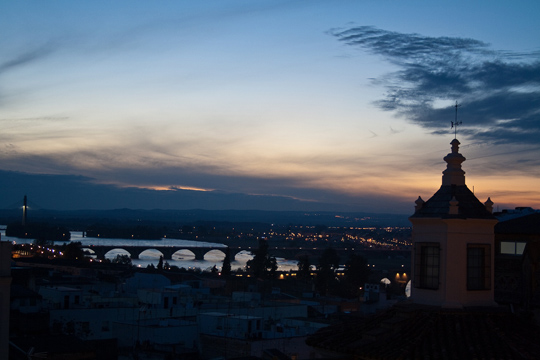 Where to stay in Badajoz?

If you have decided you will be staying in Badajoz, you need to take into account what time of the year you will be visiting. During the winter months, Badajoz exchanges its very hot temperatures for very cold temperatures.

In the South of the province, Fregenal de la Sierra and Jerez de los Caballeros are two of the best options if you and with many things to visit, such as the Fortaleza de los Templarios, and Torre Sangrienta. On the other hand, Olivenza offers because of its artistic and historical heritage consisting of gadgets and defensive buildings from war times, due to its proximity with Portugal that also influenced its art and culture. 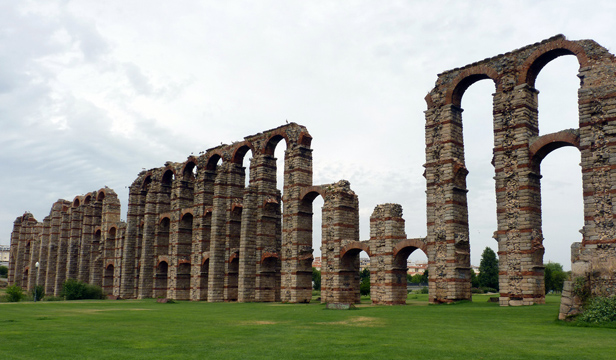 What to do in Badajoz?

There are very few places that can show off its history as well as Badajoz can. The whole province is full of references to its history, and the majority of them have are nowadays still standing in almost perfect conditions, for you to visit them.

Check it out yourself by visiting old Emérita Augusta, nowadays known as Mérida, where you will be able to explore its historical and artistic complex, with monuments of high historical value dating from Roman times such as the amphitheatre or, for those who would prefer to enjoy of a more relaxing stay, the Roman thermal baths.

The Fuente del Maestre, in Zafra, is also a must of this province, as it has been declared a protected Artistic site.

The Adarve de la Alcazaba in Badajoz, as well as la Puerta de Palmas, are also two constructions dating from the Middle Ages, which are hidden amongst some of the most recent architecture, such as the Puente Real, the bridge that will welcome you upon your arrival to Badajoz.

If you would like to enjoy getting deeper into >its history, we have several options. 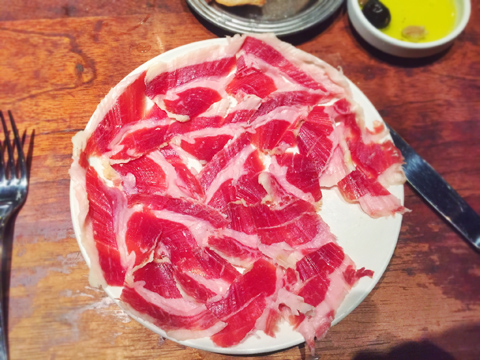 What to eat in Badajoz?

The gastronomy in Badajoz is very rich in products that come from the land, since agriculture is on of its main economic activities. On the one hand, you will find a variety of products like mushrooms, asparagus, and beans that you will often encounter in the menu, here in Extremadura, but the protagonists are, without doubt, game hunting meats.

Partridge, rabbit, or veal are some of the most popular dishes here, as well as pork, another essential of this region, used to elaborate chorizo, morcilla (blood sausage), or the so famous cured ham and pork loins that are a true delicacy in this area. You mustn't forget to accompany all the above with a bottle of the local wine with Ribera del Guadiana PDO status, which you can find in its white, red and rosé varieties.

To wrap it up, you can finish your meal trying one of the many desserts you will find here such as the traditional perrunillas, calderillas, arrope, or those elaborated with puff pastry and sugar. 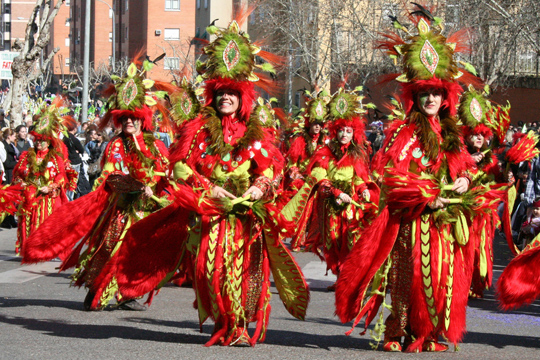 Where are the Badajoz festivities?

Each province has a few marked dates to celebrate, and Badajoz is no exception, as you find many important festivities scattered throughout the year.

One of the most important of them is Easter, an occasion celebrated here with great religious devotion, and during which you will be able to see and enjoy of a great number of processions and In mid July, Jerez de los Caballeros goes back in time to become the home of Medieval knights during its Templar festival, whereas Zafra hosts the Fiesta de la Luna y el Fuego.

One of the most popular festivities in Badajoz, declared of National Tourist Interest since 2011 is the carnival in Badajoz; a date you can't miss. And to commemorate the creation of the city of Badajoz, you can't miss either the Almossasa Batalyaws, and the festivities which take place at the same time in the capital of the province, and in its twinned town in Portugal, Marvao.

How much does it cost to rent a rural house in Badajoz?

What type of housing do travelers usually prefer to sleep in Badajoz?

When are reservations made in Badajoz?