The BEST country houses to rent at Lugo

We have an average score of 10/10! See what they think of our properties in Lugo

Hosted at Casa do Forneiro - Casas de Outeiro
We have spent 4 days and 3 nights in this little village house that has everything you can think of to spend a holiday of 10 in terms of rural tourism: surrounding villages with many interesting sites, nature and a lot of calm. The owners welcomed us with a warm detail at our entrance and we recommend you to deal with them, as they are knowledgeable about the area and will advise you very well. The tourist house, clean, cozy and comfortable, a 10.
D
David
5/5 -2023

Hosted at Casa A Talanqueira - Casas de Outeiro
Samos is more than just the Camino de Santiago and you have to enjoy it. A completely necessary stop to purify body and soul and leave completely renewed. The holiday home is great and its owners: Artemia, Marisa and Berta, very kind.
M
Mary
5/5 dec-2022

Hosted at Suites - Casas de Outeiro
Excellent suite bedroom in all respects, I definitely recommend it for couples. The tranquility that is lived is absolute and with all the comforts.
E
Ernestina
5/5 dec-2022

Hosted at Casa das Xacias
It is not just any rural tourism home. The attention to detail (marked trails, games and activities without leaving the house) and the delicacy that you find as soon as you arrive (heating on and a loving fire in the fireplace) are no longer a small touch of how fantastic the accommodation is. The structure and arrangement of the rooms is also optimal (separate room from the rest of the house, ideal for following a party without disturbing those who want to sleep). Although the weather was not good, the truth is that it is not an impediment to enjoying a house in optimal conditions.
N
Natalia
5/5 nov-2022

Welcome to the north, welcome to Galicia. For those who don't know Lugo, it is a place that can be summarized into: seaside, meadows, and rich cuisine. Which is not wrong, but it is not the whole picture either. Because those who come to Lugo looking for something else, will definitely find it.

This is a land marked by the presence of pilgrims, and by the natural reserve of Ancares home to enchanted woods and its traditional Celtic palloza houses. But here's also Terra Chá wich is also witness of the Celtic tribes, jacobeos and gorgeous lakes that are only some of the wonders that you will be able to visit if you choose this as your destination for rural tourism in Lugo.

This is also a land of history, of a history linked with the ancient Roman times which have left us with monuments like the city walls that remind us of the origins of this province, such as the case of the aforementioned city walls, the cathedral, or the Palacio Arzobispal.

To continue with your trip, how about a stop in Mariña Lucense, openings its doors to visitors as the perfect marriage of sea and land.

Let us give you a taste of the gastronomy in Lugo, with fish as its main protagonist in recipes such as cod patty, or the typical roasted sardines. But, thanks to its geography providing with some of the best vast, green meadows for pasture, it is also a gastronomy where beef of the highest quality plays also an important role.

What to see in Lugo?

Wave by wave, Lugo's coast has been shaped into an ideal place to enjoy of its virgin beaches,hidden in secret bays. But the beauty of Lugo is not only limited to the seaside, since we need to add to the sum a vast historical and artistic heritage, as well as natural. The richness of its nature is marked by the contrasts that will give you the chance of choosing between large, plains by the river Miño, or expeditions to the wilderness of a place such as Sierra de Caurel. Although maybe one of the reasons why this province is well known is for the different villages that are part of the journey of many pilgrims on their way to Santiago de Compostela, the oldest pilgrimage in Europe. In order to gather your strength during the trip, you cannot forget to try the rich and varied gastronomy of this region.

What curiosities are there in Lugo?

The origin of the city of Lugo goes back to the year 25 B.C, the time it was founded by the Romans, which makes it the oldest city of Galicia.

Even though it is commonly known as the 'Playa de las Catedrales' (the beach of cathedrals) because of the strange shape of its cliffs, the offiial name is La Playa de las Aguas Santas. 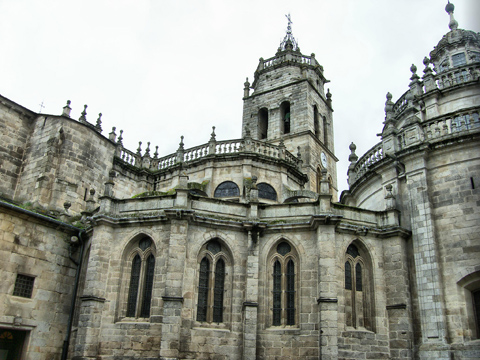 Where to stay in Lugo?

The streets of Lugo are a mixture of historical monuments with plenty of bars and restaurants to take a break and gather your breath, and shops where you can find some very special souvenirs. Away from the center you will find quieter areas, where you will only hear the sound of silence and tranquility.

If you prefer doing some tourism in the countryside, let us tell you that in the small village of O Cebreiro you will find the oldest pre-Romanesque church of the jacobea route, and in the town of Foz you will find the Basílica de San Martín de Mondoñedo, the oldest cathedral in Spain. Monforte de Lemos is also considered by many as the most beautiful country village in the whole country, and Viveiro y Ribadeo two of the most beautiful villages in the seaside. 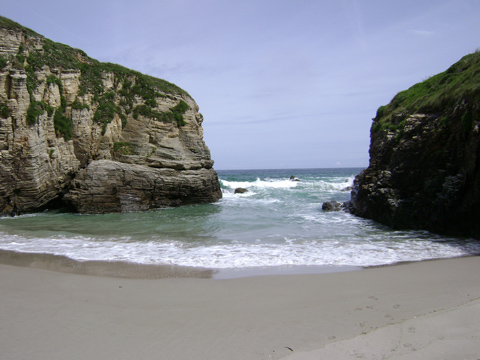 What to do in Lugo?

Granted the title of the Most Noble and Most Loyal, it's not strange that the city of Lugo is full of charming spots: the Roman city walls, the undeniable landmark of the city declared UNESCO world heritage, or the Catedral de Santa María, together with the church of San Pedro, or the old city hall. In the Mariña Lucense you will find more than 60 Km of coast waiting for you, with beautiful views such as the ones in Playa de las Catedrales with its impressive cliffs, sculpted by the the wind and the sea. More than 350 m above sea level you will find the viewpoint of San Roque where, apart from being able to witness one of the best panoramic views in the whole area, you can also check out an old chapel from the 16th century. Los Cañones del Sil are shared with the neighbouring province of Orense; a true land of fairies, with high and low grounds that can reach the 500 m, and rocky walls which have up to a 50 m slope. The best way to enjoy of such views is sailing the river by catamaran, although exploring the landscape doing a hiking route is also an excellent choice. Besides, part of the territory is also occupied by the Cañones del Sil. 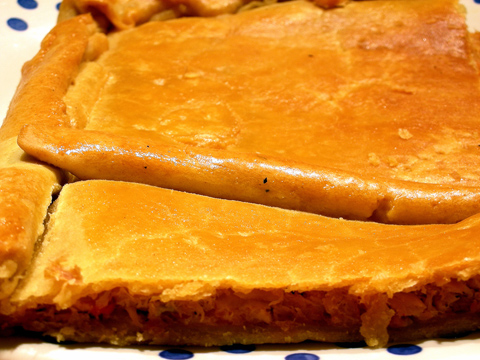 What to eat in Lugo?

The gastronomy in Lugo consists int a mixture of meat, fish and seafood of the highest quality, always treated carefully during each step of the process. 'Pulpo a la gallega' is one of the most popular local dishes, together with 'empanadas', which could be considered an entire gastronomical institution on themselves here in Galicia, ranging from the more traditionally-elaborated ones with meat or vegetables, to the most ground-breaking ones using ingredients such as apple or eel. The local cheese here is also PDO, such as the Arzúa-Ulloa or the Tetilla one, just like wines which are also one of the star products elaborated in the Ribera Sacra. It is without question, a gastronomy of the highest quality, here but also around the world. 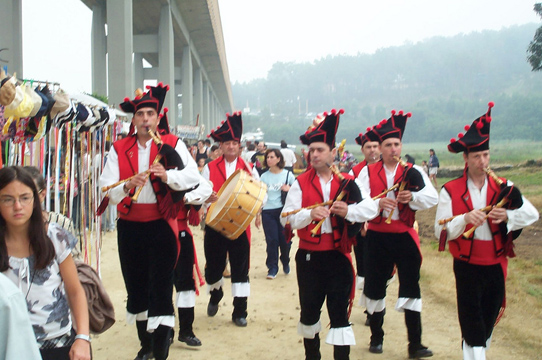 Where are the Lugo festivities?

If you would like to enjoy of the true, deep-rooted traditions of Lugo, write down the following dates in you calendar: from the 4th to the 12th of October the festivities of San Froilán, the patron saint of the capital, are celebrated. Apart from the traditional bonfires and street performances and sport activities, you will be able to enjoy of music concerts and fun fairs, great for children.

Amongst the local religious celebrations, there is the pilgrimage or Romería del Carmen, held each 16th of July, or the one of San Roque, celebrated the 15th of August. Another festivity that receives more and more visitors each year is the Arde Lucus, celebrated in June, where people go out in the streets dressed as romans, to honour the Roman origin of the city.

How much does it cost to rent a rural house in Lugo?

What type of housing do travelers usually prefer to sleep in Lugo?

When are reservations made in Lugo?