34 Country houses in Gipuzkoa, Spain from 15€

If you you're a rural lover, what can you expect, of a city that borders with the Pyrenees and is in the north of Spain. A lots, exactly. Almost too much. Welcome to Guipúzcoa and to the contrast of high mountains, green meadows, and the infinite blue of the sea, almost blurred in the blue of the sky.

Irún, Eibar, Beasain, are some of the most well-known towns around here, but that doesn't mean they are the most interesting ones around or, in other words, the only ones worth a visit, since every step you take in this region a new story begins.

A story with the main characters have already been assigned to Costa Urola, and its medieval air, and the natural reserve of Pagoeta. Bidasoa Txingudi offers a plot twist, with archeological findings from Roman times, and some of the most peculiar landscapes, a true wonder for those coming for rural tourism in Guipúzcoa. The natural reserve Aiako Harria, with its mining character can be the perfect end to your very own film of you stay in such a special place and, who knows if it might end up in San Sebastian's film festival.

What to see in Gipuzkoa?

We invite you to explore and discover Guipúzcoa, a destination that we can assure you will want to repeat in the future. Dream-like beaches surrounded by the crystal clear waters of the Cantabrian sea, the most exuberant landscapes of intense green colour, and let's not forget about the richness of its monuments and culture of international reputation,make this province one that never fails to put even the most experienced visitors under its spell.The modernity and avant-garde of its capital, Donostia-San Sebastián, together with the tranquility and charm of the smaller towns close to it, have shaped this land of great contrasts, that is waiting to be explored.

What curiosities are there in Gipuzkoa?

The province of Guipúzcoa is the smallest one in the whole of Spain, with a total surface of 1,997 Km2, which means that moving around from place to another is very easy.

Every day, at midday, an old war siren is rang in the very centre of San Sebastián. The origin of this tradition goes back to the 19th century, when in Gipuzkoa square there used to be a cannon fired at 12:00 because that was the time of the day the sun would align with an inner magnifying glass that would activate a mechanism inside of it, and fire it. 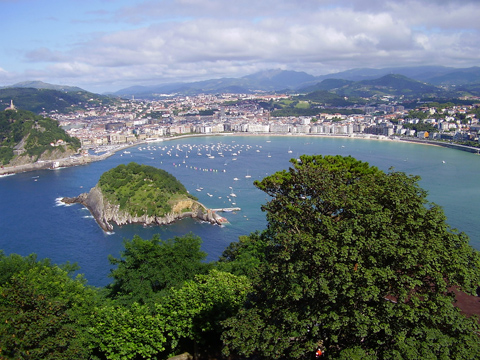 Where to stay in Gipuzkoa?

The capital of Gipuzkoa, Donostia-San Sebastián, is divided in different areas, with 17 quartiers in total. In the quartier of the city Center you will find the Parte Vieja, or old town, of the city with some urban enlargements added in the 19th century. Gross is a great place for the youngest ones and surf-lovers; in the neighbourhood of Amara-Oneta you will find a very pleasant residential area that is not very far from the centre.

Towns like Hondarribia and Zarautz are squeezed every year in the list of the most beautiful towns from this province. Either if you prefer staying in the inland, or you're more into sea views, you will find in them an ideal place to take a break from daily routine and, at the same time, be close to some of the main tourist attractions of this region.

What to do in Gipuzkoa?

The city of Donostia-San Sebastian is considered one of the most beautiful ones not only out of Spain, but out of the whole world. La Concha bay is a must visit, but it's not the only one. Monte Urgull embraces the whole city, in which streets you will find incredible buildings such as the Catedral del Buen Pastor, and the Basílica de Santa María de Coro.

In the 68 km of coast in Gipuzkoa you will fin fishing towns with their own character: Zarautz or Zamaia are frequented by surfers who are looking for the perfect wave; in Deba you will be facing some of the most impressive cliffs, and if you go to Hondarribia you will be able to walk through one of the most beautiful historic centres of the province.

But the views in the inland do not fall short to the views of the seaside: in the natural park of Aizkorri you will be able to explore its wild nature, while in the areas of Goierri and Tolosaldea you will discover the origin of deeply-rooted traditions and customs . 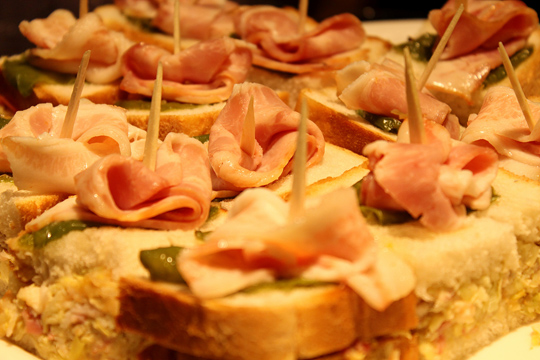 What to eat in Gipuzkoa?

It should not come as a surprise that San Sebastián is considered by many a synonym of gastronomical culture and the truth is, it is the city with the most Michelin stars per m2 of the entire world. But this information should not be misinterpreted: the local cuisine here offers many different options to everyone's liking, and everyone's pockets. Amongst the most representative and famous dishes of this region are the very popular 'pintxos', small portions of food both warm and cold, the delicious Idiazabal cheese, or cod prepared in the 'pil pil' style. All of the above watered down with some cider, and the local txakoli wine. 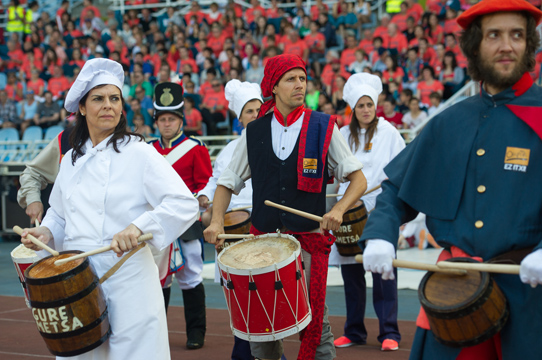 Where are the Gipuzkoa festivities?

Since 1953, the city of San Sebastián has hosted its International Film Festival, which take place by the end of September. But this is not the only international that you will be able to witness in this city. You can also enjoy attending its Jazz Festival held in the third week of July, or the Quincena Musical, an event dedicated to classical music exclusively, in August.

San Sebastian's most important local festivity, known as the Tamborrada, is celebrated each 20th of January, when the city is filled with music and dancing to the rhythm of the drums and the 'barriles de bomba'.

We have an average score of 9/10! See what they think of our properties in Gipuzkoa