The 241 BEST country houses to rent at Biscay

We have an average score of 10/10! See what they think of our properties in Biscay

Hosted at Hotel Rural Natxiondo
We stayed for the week of Puente del Pilar and we were delighted. The rooms and common areas were very neat, clean, well decorated and had every detail. The environment is fantastic and has the tranquility that we were looking for. Jon and Ander gave us all the luxury of directions to enjoy the banks of the Oka or the nearby coast. We did not have time to visit even half of the ideas that were proposed to us.
E
Enya
5/5 dec-2022

Hosted at Hotel Rural Natxiondo
Natxiondo is a phenomenal accommodation to get to know a large part of Vizcaya, since its good location near the coast, with spectacular beaches, and municipalities such as Gernika, Lekeitio, Mundaka, Ondarroa, Ea, etc. which have historical-cultural spaces and natural landscapes. As regards personal treatment, we describe it as a familiar and cordial environment. The owners, Ander and Jon, always inform you about places to visit.
C
Candela
5/5 dec-2022

Hosted at Hotel Rural Natxiondo
Manuel and I enjoyed a couple of great days in this highly recommended rural establishment. We were looking for a brief parenthesis to disconnect and that was precisely what we found at Jon and Ander's house. The farmhouse is beautiful, it preserves all its flavor and nothing is missing. Ideal decoration (I have the dining room paintings in my head), comfortable and perfectly equipped rooms, totally bucolic surroundings (Atila and the dogs contribute) and exemplary attention from the owners.
M
Marc
5/5 dec-2022

Hosted at Caserío Urresti
We spent three days in February with the whole family, a total of 14 people and I have to say that the environment is incredible, family atmosphere and very cozy. A place to stay and relax. Bilbao and the coastal towns are easily accessible and the country estate is fantastic. The children were delighted to see the animals. The owners of the vacation home have treated us great and the house is very nice and well equipped.
M
Mª del Carmen
5/5 nov-2022

Hosted at Caserío Urresti
We have spent a wonderful May bridge, with our two children, ages 7 and 5, in one of the duplexes, and everything has turned out great, even time has been on our side. The tourist house is beautiful and quite complete, decorated with great taste, especially the bedroom, and the spectacular surroundings. It is tucked between the mountains, and at the same time very close to the beaches, so you can have a little bit of everything, surrounded by great tranquility.
M
Michel
5/5 nov-2022

Hosted at Caserío Urresti
We stayed four nights from Thursday to Sunday the last week of April. We were 4 couples from the east and my 12-year-old son and we had a great time. Very kind Maria and in her absence her son Josua. Perfect, clean rooms and silent environment, near Guernica. Before arriving we had ordered breakfast for the 9 of us and at the time we asked for it we had it ready.
V
Verónica
5/5 nov-2022

Get to know the culture of País Vasco through Vizcaya, a dreamlike place between the green of the meadows and the sea. Each spot and corner of this region hides a story underneath each of them, and that all have in common the Árbol de Guernica, symbol that represents this province and appears in its coat of arms.

You will come across places such as the Puente de Bizkaia, a UNESCO World Heritage Site, or the historical center of Portugalete where you will find some of the most important monuments of this province, very popular amongst visitors.

The landscape here, faced by the waters of the Cantabrian Sea, inspires visitors who also come here to enjoy and discover one of the cultural landmarks of the capital, Bilbao: the Guggenheim museum.

The coast of the País Vasco is home to long tradition of elaborating pickled foods, such as in Bermeo, which is used to prepare a perfect combination of flavours from the land and the sea. And a glass of 'txakoli' will be give a perfect final touch to all of your meals.

Don't think it twice and stay in any of the accommodations that we offer in this area, to relax and enjoy doing rural tourism in Vizcaya.

What to see in Biscay?

Vizcaya opens its doors to a dreamlike landscape of colours with the subtle tones of the sea, and the exuberance of its nature. Let the endless possibilities the capital, Bilbao, can offer and be seduced by them as you stop by the Guggenheim museum, one of the symbols representative of the city, and many other places to visit, as well as a very wide cultural scene. Discover the local rural character of the inland towns and villages you will find here, and find the perfect wave in Mundaka, visit the fishing port of Elantxobe, or try the best 'pintxos' in Bermeo. Visit its golden beaches, very popular amongst water sports-lovers, and don't forget to visit the protected biosphere of Urdaibai. UNESCO has already set his eyes on the beauty of this region, including the Puente Colgante de Vizcaya in the list of World Heritage protected sites.

What curiosities are there in Biscay?

You might find in some areas of Bilbao some peculiar plaques with tiny, pixelated aliens, created by a famous French artist who has put them in several cities all over the world.

The famous Spanish writer Miguel de Unamuno was born in Vizcaya, in Bilbao more specifically and, although many visitors don't recognise it, there is a plaque commemorating his birth in the house where he used to live, in the 16 of Ronda street. 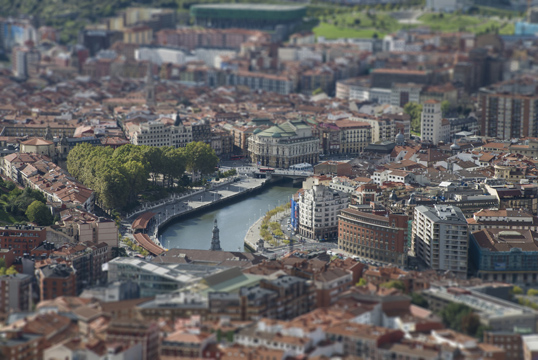 Where to stay in Biscay?

For those who would like to experience the busy and lively lifestyle in Bilbao, you should know the city is divided in different districts, the central one being the area of Abando. But there are many rural houses near the capital of this province if you would like to visit the Guggenheim museum in Bilbao, and have a walk by the banks of the river.

If you are one of those who enjoy having a good meal and a good drink, in the Zona de Santutxu you will find plenty of streets filled with bars, whereas in Desuto you will find one of the best areas to go 'pintxo' tasting. We recommend you visit both of them, since both of them will offer you a taste of two different aspects of the same local gastronomy.

If, on the other hand, you would prefer to go deep into the rural side of Vizcaya, both in the inland and coastal towns and villages you will find a quiet and pleasant setting where you will be able to relax, away from the frenzy and loudness of the city while, at the same time, be close to it and all the important monuments and places to visit. The perfect combination for a rural getaway to the very heart of nature. 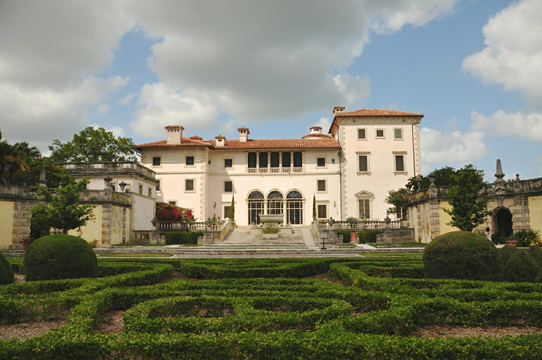 What to do in Biscay?

Bilbao offers an endless list of interesting activities to do here that make this city a must visit for anyone who comes to this province: explore the city center, visit the Guggenheim and Bellas Artes museums, stop by the Catedral de Santiago, and be amazed by the views of the Ría de Bilbao, followed by a visit to the Mercado de la Reina to gather your strength eating in the biggest indoors domestic market in Europe.

It is clear that Bilbao is a city with much to offer, but you will see there are many other things to see in the rest of the province; one of the most popular places to visit is the Puente Colgante, a suspension bridge that connects Getxo and Portugalete built in the 19th century and is nowadays a UNESCO World Heritage Site.

Sunny or not, the beaches by the Cantabrian coast provide with some of the most beautiful views of the province, such as the beach of Bakio, the largest one in Vizcaya, the ones of Laga and Laida, in Ibarrangelu, or Arrieta, in Sopelana. Thanks to the excellent geographical conditions, the beaches in Vizcaya are some of the most coveted ones amongst surfers from all over the world. And in the natural reserve of Urdaibai you will find such views that will make you fall in love with this place, like the Bosque de Osma, a natural masterpiece where you will find the most peculiar shapes and colours, painted on the tree trunks. 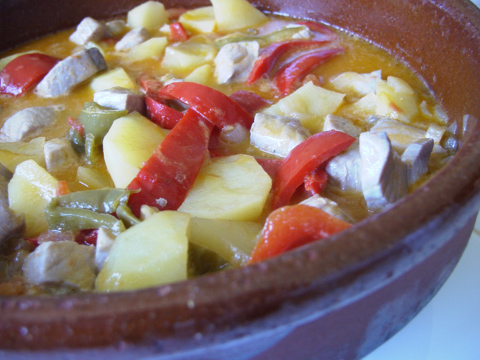 What to eat in Biscay?

The gastronomy of the País Vasco has earned itself a name worldwide recognised, not only because of its prestigious haute cuisine, but also because of its long, traditional, recipe book. After enjoying of a few 'pintxos' as an appetizer, which you will see come in a great variety of flavours and shapes, a meal full of delicious dishes awaits for you in Vizcaya's menú, such as the 'bacalao a la vizcaína', 'pisto de verduras', or 'marmitako' which is a very popular stew with oven-baked bonito and potatoes. As for the local meat dishes, we suggest you try those from small game hunting, which are then included in exquisite dishes such as 'solomillo de cerdo' with Idiazábal cheese. For dessert, finish this perfect meal with some 'bollos de mantequilla', or 'trufas'. 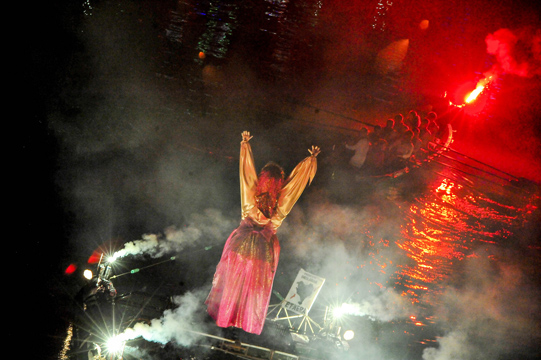 Where are the Biscay festivities?

The regional festivities of Vizcaya are the result of their deep-rooted tradition and customs that have been passed down from generation to generation. Thanks to its proximity to the sea, there are many 'romerías' or processions held in the coast, such as the Procesión Marítima del Carmen, on July 16, in Santurtzi, or the Fiesta de las Magdalenas, on July 22, celebrated in Bermeo, Mundaka and Elantxobe. Amongst the religious festivities is the Día de la Virgen de Begoña, celebrated on August 15, where more than 150,000 people walk to the Basílica de Begoña at night, and amongst the non-religious ones are Día de la Castaña, in Gaztaina Eguna, and Día de los Gansos, celebrated in Lekeitio on the 5th of September.

How much does it cost to rent a rural house in Biscay?

What type of housing do travelers usually prefer to sleep in Biscay?

When are reservations made in Biscay?