The BEST country houses to rent at Cuenca

We have an average score of 9/10! See what they think of our properties in Cuenca

Hosted at La Solana Alojamientos Rurales
Spend the evening in autumn, with the person you love, in front of the fire, in an unbeatable and inexpensive house, with a good local wine. And the next morning to pick mushrooms around! With a good treatment from the owners and an affordable price. Can you ask for more? For our part a 10.
B
Biotz
5/5 -2023

Hosted at La Solana Alojamientos Rurales
These little houses are ideal, they are new and the surroundings are charming and captivating. The owners are very helpful. Rural tourism of authentic quality. A ten for this accommodation to which we will return in summer because it has dazzled us.
W
William
5/5 dec-2022

Hosted at La Solana Alojamientos Rurales
Perfect weekend of relaxation and rest without equal in the middle of the month of March. We have been in other rural houses, and I can say that none are like these. Newly built and unmatched comfort. We loved its facilities, and the surroundings captivated us. We had a great time.
V
Vicky
5/5 dec-2022

Hosted at Apartamentos La Antigua Vaquería
We are a couple, and we stayed for a weekend in October. Good treatment, very comfortable and well equipped holiday home, very quiet and healthy environment, to relax, and very close to Cuenca capital to visit the city. In short, highly recommended for the well-being and relaxation provided by its excellent facilities.
E
Elsa
5/5 dec-2022

Hosted at El Llano de los Conejos
It is a quiet place to disconnect. We made a getaway to escape the mess of Fallas and the truth is that we succeeded. The weather was not good but the objective was more than met. The vacation homes are very comfortable, no frills but it is not what you are looking for in the middle of the mountain. We have a 2-year-old son who, with the wooden table outside, the ants and other inhabitants of the Llano and the large pines, did not need anything else.
C
Christelle
5/5 nov-2022

This province, which belongs to the autonomous community of Castilla La Mancha, is unique in the way it is separated in two: the old and the new town, the first hint of the high tourist interest that attracts visitors every year in terms of its potential for rural tourism. The old town sits on a rocky cliff, and embraced by the gorge of the river Júcar. The new town, the epicentre of which can be found in the street known as Carretería, both of which we recommend during your stay to do rural tourism in Cuenca.

One of the highlights of this province is its urban heritage, which you will able to see in its Casas Colgadas, the castle, or the contrasts of its architecture and old skyscrapers.

On the other hand you have the local and very rural gastronomy, and with it comes trying the 'carne de perdiz', or 'morteruelo'. All of this, without forgetting about its ore traditional dishes, such as ajoarriero.

What to see in Cuenca?

There is a certain charm in this province that makes it very unique and special. Its impressive historic and artistic heritage make of its capital a declared UNESCO world heritage site. Its landscape paints together with its architecture, paints a striking contrast of vast and extensive plains, and very high mountains in the background.

All of this make of Cuenca the perfect province for short weekend getaway, or for several weeks during which you will be able to discover all this province has to offer.

Cuenca is an inland province that belongs to Castilla La Mancha and where, both in the city as well as in its lesser known small towns, you will find a very unique, and characteristic charm that is attracting more and more tourists each year.

Nature, culture and a flavourful gastronomy, as well as its great people, are some of the things you will find in here.

What curiosities are there in Cuenca?

If you have decided to take your next adventure to Cuenca, all you need to do is learn a bit more about the province you'll be staying in. Located between the gorges of two important rivers, the river Júcar and the Huécar, that give the perfect background for an already impressive panoramic view, ful of contrasts. The Casas Colgadas or the Ciudad Encantada are some of the most popular attractions in the capital, full of magic and that are also great representatives of the tourism you can do in this area.

You will also find here several natural reserves, and natural parks of the highest importance and environmental value, as well as some other places of natural interest. Its historic and cultural heritage is also one of the richest, since you will find here many castles, and archaeological sites dating from Roman times, that will give you a taste of the culture and history that surround this province. 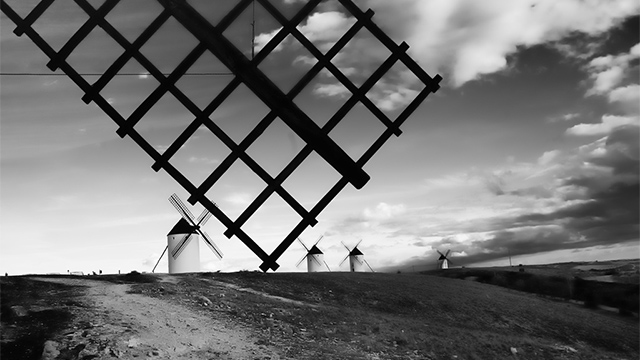 Where to stay in Cuenca?

You will love staying in Cuenca, since here you can explore and discover in depth each of its most hidden places.

The capital of this province is full with its historic heritage and many places of cultural interest that you can't miss, but the small towns and villages around it are also worth visiting,

The capital has also a very broad accommodation offer, but is usually fully booked, which means that if you want to stay in the center you will need to choose where in advance.

Nevertheless, there are also many other accommodation options to spend a few days doing rural tourism, starting with the town of Belmonte, which is part of the Ruta del Quijote.

The castle and the remnants of the Arab invasion that can be found in Huete, are two very popular option to visit in this area, as well as Mota del Cuervo, which decorates the panoramic view of this region with some of the typical windmills of Castilla La Mancha, and Enguídanos where you will also find its own historical heritage. 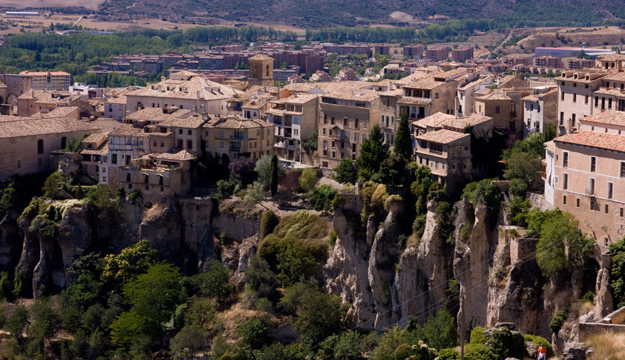 What to do in Cuenca?

You will be able to try doing many different kinds of tourism in Cuenca thanks to its great variety of offers, and its unique terrain mixing plain, mountains, culture, nature and history.

On the one hand, and if you're visiting the capital, you can't forget to walk by the Casas Colgadas, which are the most photographed sight of the whole province. The San Pablo bridge, right in front of them, will allow you to take into the spectacular views of the city, especially at night, when the light illuminates the river Huécar.

La Plaza Mayor, the city's main square, is surrounded by many colourful buildings which make this place one of the most interesting and beautiful spots in the city. It is also next to the cathedral.

If you're travelling with children, or would like to explore the grounds of the province, Ciudad Encantada is the right place for you, a very singular place, just like the Ruta de las Caras, in Buendía. The Ventano del Diablo viewpoint also has some breathtaking views.

For those who would like to do something in nature, the Chorreras del río Cabriel are a group of waterfalls that are, like the Nacimiento del río Cuervo, a true natural treasure. 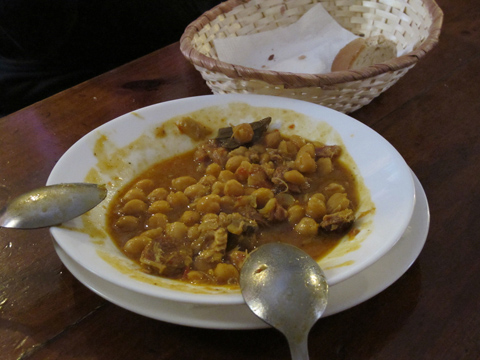 What to eat in Cuenca?

The main economic activities, agriculture and livestock, have been a strong influence for the gastronomy of Cuenca, manifested in the local dishes. Traditionally a region of many shepherds, the local cuisine is dominated by stews and dishes where the main ingredient is usually meat collected after hunting, such as partridge or chicken, which has resulted in typical dishes like 'morteruelo'.

The 'gazpacho galiano' is a watery stew also with meat, is also one os the most typical ones. The 'gazpacho de pastor', eaten with grapes, is undoubtedly one of the most popular ones. You can also try, if you're travelling during Easter, the regional 'potaje', the tasty 'garbanzadas,' and many vegetable dishes.

For dessert, the most popular sweet from this region is the 'alajú', which is a mix of dough, almonds, condiments, spices and honey, between two paper-thin waffles, also very typical of this region.

To wrap it up, any of this dishes will go perfectly with the local wine from La Mancha PDO, and make for an ideal meal. 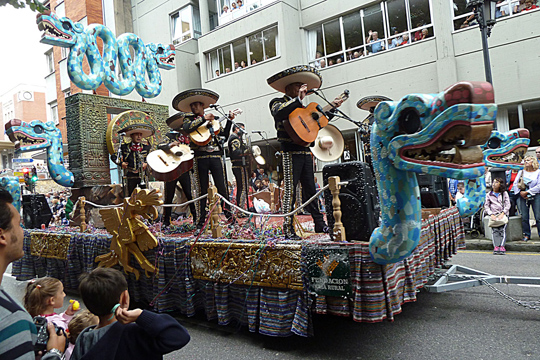 Where are the Cuenca festivities?

Cuenca is a place of many local festivities that are known everywhere in Spain, and often attract visitors who want to learn more and participate in those celebrations.

If you wouldn't like to miss them either, write down January 28 in you calendar, which is when the annual celebrations officially begin with the celebrations in the cathedral and chapel in Hoz de Júcar, to honour San Julián. Easter is also a good moment to be in Cuenca, as it is widely celebrated here, and considered a a festivity of International Tourist Interest where the traditions and customs that are shared in this occasion have been held since the 17th century.

There is another important occasion which takes place in September 21, where the 'vaquillas', music, local cuisine and folclore, are the protagonists for a few days of constant celebration.

How much does it cost to rent a rural house in Cuenca?

What type of housing do travelers usually prefer to sleep in Cuenca?

When are reservations made in Cuenca?