The BEST country houses to rent at Lanzarote

We have an average score of 9/10! See what they think of our properties in Lanzarote

Hosted at Casa Las Claras
Spending my August vacation with my family in this house has been a great decision. A real joy to enjoy the night breeze sitting on the balación that is in the interior patio watching the moon and the stars. A patio with a swimming pool, another with volcanic soil and with truly cared for vegetation typical of the island. Another patio with a pool so that the children could play. Mountains, sea and a wonderful corner that I recommend everyone to visit.
N
Nahir
5/5 dec-2022

Hosted at Casa Rural El Palmeral - Finca Uga
Uga is a special town on this charming island that is just 2km away. from the capital of Sur, Yaiza. What I liked the most is that they had respected the traditional architecture of the town and the entire area, being very careful. On the island, everything is close by, but especially a point of interest such as Punta del Papagayo, where you can walk through the creeks, brutal. El Golfo, which is a small sea town that is worth visiting, obviously the volcanic area and we who are lovers of wine tourism also pass through the vineyards of Geria.
J
Jacobo
5/5 dec-2022

Hosted at Finca Las Laderas
We were staying in one of the accommodations the first week of February, and both the owners, the vacation home and the enclave in which they are located were taking their hats off. We had doggy time and we were able to enjoy the pool, although it looked very good. If we return to the island again, which is more than likely, we will certainly repeat our stay.
G
George
5/5 dec-2022

Hosted at Finca Las Laderas
We arrived at the rustic farm without knowing very well what we were going to find, and as soon as we got out of the car we realized that it had been a total success. Elke immediately came out to greet us and from that moment all the treatment by the owners, including the little one, was unbeatable. We feel at home at all times. The farm is beautiful, very comfortable, full of details.
N
Noemí
5/5 nov-2022

Hosted at Casa Rural El Quinto
We have spent 8 days of vacation with two children of 2 and 4 years old and the house has been ideal. We already knew the isal and we repeat this year choosing the center of the island and the house is in the best place to have everything a stone's throw away. It also has a heated pool perfect to go with children. The house was in perfect condition and with more than adequate equipment.
P
Patricia
5/5 nov-2022

Hosted at Casa Rural El Quinto
A stylish and very well equipped house. The owner has a magnificent sense of detail. In addition, having a heated pool allows you to be independent from the outside world and the weather if you wish. Its access is very good and allows you to easily visit the entire island. Very advisable.
G
Gema
5/5 nov-2022

Rediscover this island, fall in love with it and enjoy of all the things it has to offer, which are a lot.

The beaches here are one of the most popular attractions that people come after, from east to west, and from north to south, all of them are home to sand and crystal-clear waters that will allow you to try out a neverending list of water sports, such as the beach of Papagayo, Matagorda and Puerto del Carmen, where most of the cultural and entertainment scene is concentrated in the island.

Visit the eight island: Chinijo, where roughy 600 inhabitants are able to enjoy of the biggest marine reserve in Europe, and where the majority of the main ingredients of its local gastronomy come from which, together with a Lanzarote PDO wine, will satisfy even the hungriest of you during this unique experience.

The National Park of Timanfaya, or Los Jameos del Agua are some of the most important natural areas, that you will be able to explore and see for yourself and that are always a unique experience to you, and anyone who decides to come for the rural tourism in Lanzarote.

What to see in Lanzarote?

Lancelotto Malocello was the Italian sailor after which this island is called. It is a Protected Biosphere in almost all its entirety, and it is also the home of the most impressive volcanic ground areas of the whole country. With a total of 145,000 inhabitants, this island is the perfect place to enjoy of your stay any time of the year, while you explore some of the most impressive landscapes of the whole archipelago.

In its surroundings you will find Isla de San Borondón, known for the peculiar cloud formations that always appear on top of it and that sometimes make the isle invisible to the naked eye. This is, without question, a magical place to stay for your holidays.

What curiosities are there in Lanzarote?

This is the island of the Islas Canarias that has the biggest volcanic surface of the archipelago, even though all of them share the same origin.

It is also the oldest one of the entire archipelago.

More than a million tourists come every year to witness the spectacular natural views of the island.

In the north of the island you will find plenty of small, fishing towns. 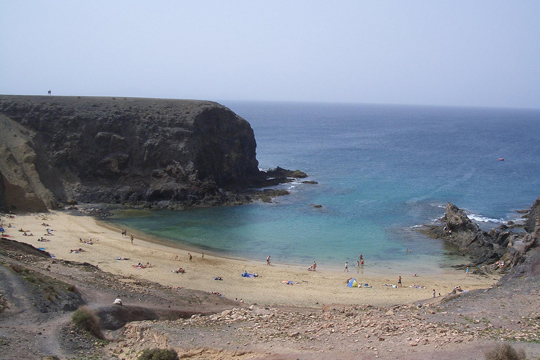 Where to stay in Lanzarote?

Depending on the kind of trip and company you have in mind, you will find an option that matches your needs. For this reason, if you would like to enjoy of some peace and quiet in a small town or village with its characteristic white houses, nothing like going deep into the inland territory of the island, surrounded by its natural volcanic paradise in towns such as Puerto del Carmen, Los Valles or Yaiza.

Nevertheless, one of the most popular places here is Playa Blanca, in the south of the island, which will seduce you with its fine, white, sand and crystal-clear waters.On the contrary, if you go to Arrecife, the capital of the island, you will be able to enjoy of a very succulent cultural and nightlife scene to which you will be able to dance until the early mourning hours when the sun finally rises.

During the day, what better plan than having some fun swimming in the waves of Costa Teguise, and admire the surfers who dare go into them and even give it a chance yourself. 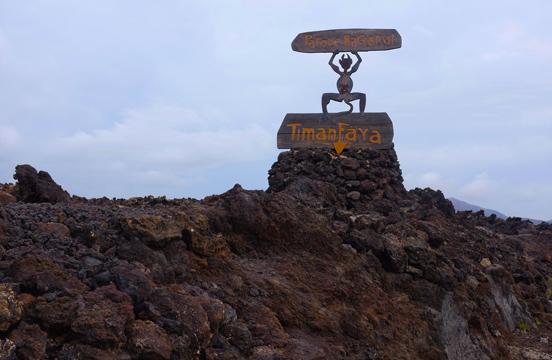 What to do in Lanzarote?

Many of the historical monuments of the island also double as auditorium, such as the case of Jameos del Agua, where some festivities are celebrated inside of a 6 Km cave, under which lie some peculiar, crystal-clear, green waters.

In Teguise, former capital of the island, you will find the castle of Santa Bárbara, built in the 15th century in order to protect the city, but which has lost its initial purpose after many years and is now home to the Museo de la Piratería.

You cannot forget to visit the National Park of Timanfaya, where you will encounter its unique black, volcanic, sand that has been perfectly integrated as part of the vineyards that give the local wine such unique properties. 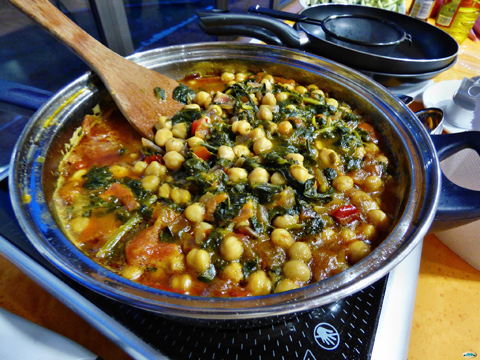 What to eat in Lanzarote?

Amongst the local recipes you will find some deep-rooted ones, which manifest the traditional customs of each of the islands, although the most typical ones are representative of the abundance of fish in this region, and which is the main protagonist of most of its recipes, such as 'sancocho','tollos' or 'jareas'.

Going deeper into the inland of the island you will find a variety of vegetable produce such as corn, 'millo', beans or potatoes, used to elaborate 'papas arrugadas' with 'mojo picón', one of the most popular and famous dishes of the Islas Canarias, or the local 'potajes'.

'Baifo', which how kidskin is called in the archipelago, and what better way of enjoying it if not with during a special occasion, and accompany it with some PDO Malvasia wine. Not from lamb but from goat is obtained another traditional product from this region; the local variety of goat's cheese, one of the most delicious cheese varieties from this region. And, to wrap this unique gastronomic journey up, try some of the local 'empanadillas dulces', and 'frangollo' for dessert. 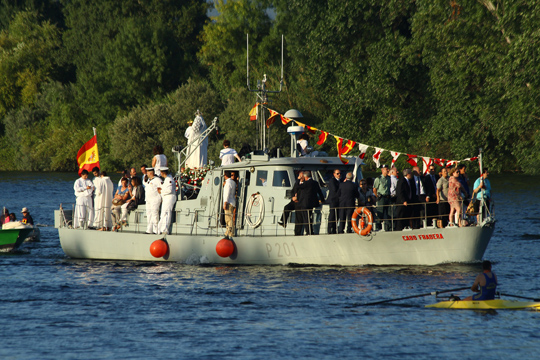 Where are the Lanzarote festivities?

Tinajo is one of the most beautiful towns of the island, and also where the main festivities of this region are held each year, on September 15, honouring the Virgen de los Dolores, and those who participate joining the procession are dressed up according to Lanzarote's traditional costume.

During the celebration of San Juan, on June 24th, it is very common to take a night dip in the sea by the bonfire-lit shore, whereas in July 16 you will be able to witness the seafaring processions honouring the Virgen del Carmen are held.

Although the capital of the island is world-renown for its carnival, many other carnivals are also held by the end of February everywhere else in the island, such as in Arrecife, where you will be able to attend a show hosting many street parades, street bands, and even the election of the Queen and Drag Queen of the carnival.

How much does it cost to rent a rural house in Lanzarote?

What type of housing do travelers usually prefer to sleep in Lanzarote?

When are reservations made in Lanzarote?