The 959 BEST country houses to rent at Granada

We have an average score of 9/10! See what they think of our properties in Granada

Hosted at Casa Posada Las Yeguas
A group of friends have just been in this house for a week and everything has been very pleasant. Unbeatable quality / price, treatment of the people who attend the business very good but without overwhelming us and giving the necessary facilities to make everything perfect. We made several outings to do canoeing, hiking and other activities, the environment lends itself to making the most of it.
L
Luminita
5/5 -2023

Hosted at Cortijo Castillo
Excellent treatment with the family that takes care of the accommodation, they were very attentive and friendly, and especially the environment, if you want tranquility you have it and if you want to do excursions on foot, there are a lot of routes: Guazalamanco, Peralta, etc. . Anyway, it has been a wonderful week, and we also coincide with the Campo Cámara parties, which were very beautiful.
J
Jana
5/5 dec-2022

Hosted at Apartamento Los Cerezos
We are from Burgos and we have passed the constitution bridge in Las Alpujarras. The experience is very stimulating: the natural landscapes of these rugged mountains, the white villages perched on the slopes, the tiny "farmhouses" scattered throughout the mountains, good food and good drinking. Here it seems that time has stopped. Lobras is a magnificently preserved town, with care, and the "Huerto de Lobras" has managed to perfectly synthesize tradition and modernity.
D
Dori
5/5 dec-2022

Hosted at El Pino Azul
We are looking for dates to be able to return and make the online reservation again of how much we liked this accommodation. We stayed for a weekend in January and it is a lovely area for this type of tourism. The very friendly and kind owners have managed to create a perfect atmosphere in this holiday home in Durca. Perfect if you are going to ski to Sierra Nevada or simply if you come like us to know the Alpujarra de Granda, we give them a 10 in every way.
J
José Vicente
5/5 dec-2022

Hosted at Casa El Laurel
We have spent the December bridge (constitution) in this magical and incredible place. The trip was done as a family and the rural accommodation was perfectly adapted to us and what we were looking for. Despite having spent years doing rural tourism, we can assure you that this is the best tourist home in which we have stayed, due to its cleanliness and disposition of the stay and the exquisite treatment of its owners.
R
Rosa María
5/5 nov-2022

Hosted at Casa El Olivo
We were spending a weekend in November as a couple and we couldn't choose better. From the tourist home you had access to spectacular views of the Sierra Nevada valley, waking up between mountains is impressive. The whole environment is very natural with animals and vegetation, it is worth doing some hiking routine among the forests. As for the rural house, it had everything, iron, washing machine, Wi-Fi, air conditioning for heating and a fairly large TV, things that you would not expect to find in this type of rural tourism rental housing.
M
Mari Carmen
5/5 nov-2022

This area is pure competition and equilibrium at the same time, between the many attractive spots of its historical center and the many possibilities that its surroundings and towns nearby also offer. A top destination for rural tourism in Granada, this is a city of magnificent beauty thanks to its monuments, with special mention to be of the La Alhambra, and the proximity t Sierra Nevada, which offers ski runs for ski-lovers.

Far away from the heart and looking at each of its parts, are the la Alpujarra, and el Valle de Lecrin, where you will be able to find several houses built in the traditinal andalusí style. On the other hand, there is the area known as the Altiplano Granadino, which always attracts lots of rural tourism, thanks to the three water reservoirs that are located between Baz and Huéscar.

Finally, we must also bring attention to the mountains of Sierra Castril, and its caverns, chasms and rock galleries.

What to see in Granada?

Granada is one of the most visited provinces, and that has in its inland region many of the key elements that of make it the perfect destination for a weekend getaway, or staying for some more days. Its territory is the very image of an Arab city, and in its historic centre you will be able to enjoy of this very unique essence, both in its history and culture as well as in its gastronomy.

Also, its location makes of it the perfect destination to stay both during winter and summer, since you will be able to enjoy here of a very wide offer of leisure activities for tourists. A city for everyone that has played for centuries, a key part in history, apart of having acquired great importance during the Arab and Christian invasions.

If you have some free days to spend, do not hesitate and discover this region full of magic, and get lost in streets and walls where it is almost as if you had travelled back in time.

What curiosities are there in Granada?

Many things can be said about Granada, but the best thing you can do here is enjoy of the impressive panoramic views here. With many viewpoints, such as the San Nicolás one, currently one of the referents of the province, will show you the grandeur of the city.

Undoubtedly, the home province of the Alhambra is one of the most iconic landmarks of this region. It is also considered UNESCO world heritage, which means that you must not forget to visit it. A place with many things to discover, that inspired many artists for centuries, and that could inspire you too.

Sierra Nevada is another of its highlights, where you will be able to enjoy doing winter activities thanks to its ski runs, perfect for winter-lovers.

You will also be able to enjoy of the many festivals related to art and culture, during the year. 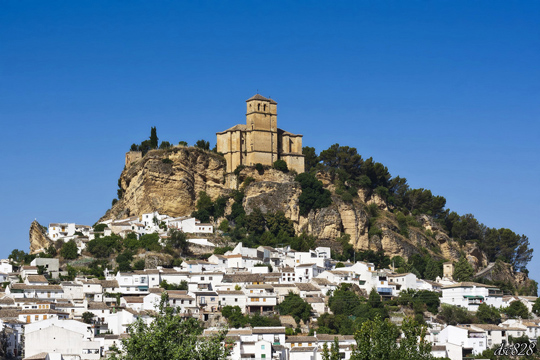 Where to stay in Granada?

There are many things here in Granada that you can discover if you stay in the capital, as well as in nearby neighbourhood ands towns.

If you want to enjoy of city life and stay closer to the main tourist attractions, we recommend doing so in any of the neighborhoods that are close to the historic centre, such as Albaicin, which together with the Alhambra is part of Granada's UNESCO world heritage sites. It's high position makes for some of the most impressive views you will get of the city, which are also great at night. It is one of the most visited neighbourhoods of Granada because of its history and andalusí air.

Sacromonte, the gypsy quartier par excellence, and the Cartuja, a part of the city build for the monks and where you can find Granada's monastery, are also very popular options to visit.

In the very heart of the Alpujarra, you can find accommodation in Pampaneira, a charming town where it is rumoured that there is a miraculous fountain.

If you're traveling during summer and also want to enjoy of the beach, Salobreña can offer that, and much more, such as its castle. Another destination we recommend in the area is Montefrío, which has also some great panoramic views from the church at the top of the crag. But of course there is much more to see. 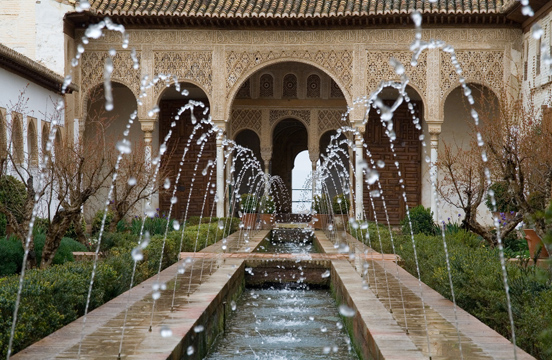 What to do in Granada?

To visit Granada means also to visit the history of Spain through history. It means enjoying of the landscape, and discovering each of the hidden places out of which it is built.

There are many places that are must visits, starting with those that are part of the UNESCO world heritage, such as the Alhambra, the Albaicín quartier, or Generalife. Many historical places, such as the Granada's cathedral, which are ful of magic.

Going for a walk in the Paseo de los Tristes, while enjoying the views of the Genil river, is also another great option.

But if you prefer to stay in the coast, there are places where excellent beaches and gastronomy become one, and resulting in the perfect plan. Salobreña is one of them.

For the more adventurous ones, the valleys in La Alpujarra, and Sierra Nevada are the right place for you, where you will be able to enjoy of nature in its purest state. The Mulhacén, near the town of Trevélez, very famous for its cured ham, or Veleta, where we recommend visiting the Barranco de Poqueira, are some of the places we recommend visiting in this province. 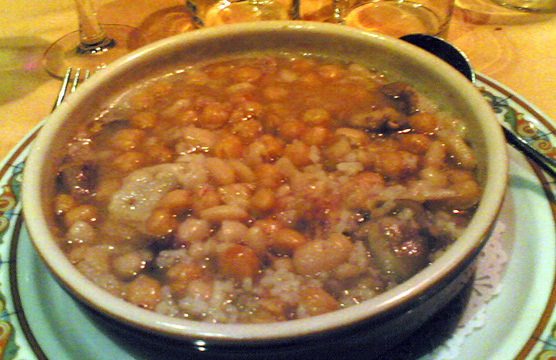 What to eat in Granada?

If you're travelling to Granada, we hope you're hungry, because if there's something after which it is famous, that is the many tapas that will be served to you here. Going for an appetizer her means you might end up having a full meal.

The location of this province grants a great variety of products that are typical of this region, coming from the highest peak of its mountains, and from the coast. This is the reason why you will be able to find in this area many different and rich traditional dishes, where also cultures are mixed, like the Arabian, very present in its culinary tradition. Amongst the vegetables you will find here are the broad beans, usually an essential element of most stews and prepared with ham, as is the tradition in the town of Trévelez, and which is also one of the most renown recipes from this region. Another typical dish of Granada's cuisine you must try is the Olla de San Atón, another stew prepared also with broad beans.

Amongst the sweet local dishes, 'huevos moles, or the so famous 'pestiño' fritters. 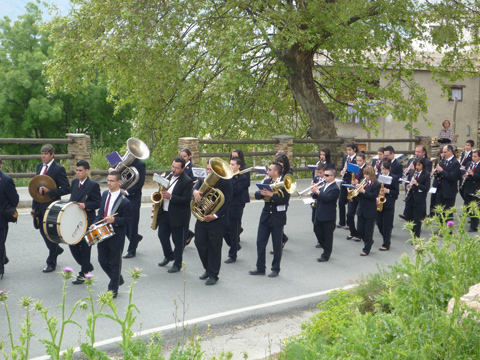 Where are the Granada festivities?

Visiting the many provinces of Spain and their towns and villages, is always an incredible experience, especially if you're doing it during some of its festivities. And expect no less in Granada, since it has some of the most popular ones in Spain.

If you're Bérchules during the first weekend of August, you will be greeted by New Year's Eve. Yes, that's right, New Year's Eve, and the reason why is that in this small town, the end of the year is celebrated again each summer.

Also in August, but in the area of Almuñécar, takes place the celebration of La Virgen de la Antigua.

Another festivity you mustn't miss if you're near Lanjarón has to do with water. During this festivity, water balloons and water pistols are allowed, so that you can drench your friends and neighbours. It is celebrated the same day as San Juan, June 24, together with the Fiesta de Los Jamones, which make this date a very special one.

How much does it cost to rent a rural house in Granada?

What type of housing do travelers usually prefer to sleep in Granada?

When are reservations made in Granada?